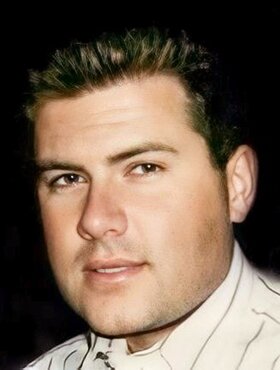 Please share a memory of Brian to include in a keepsake book for family and friends.
View Tribute Book

Brian Lawrence Buckler of Calgary, AB, passed away peacefully on Tuesday, January 10, 2023, at the age of 59 years surrounded by his family.

Brian met and fell in love with Charlotte in 1992, and recently they celebrated their twenty-third wedding anniversary. They were blessed with two daughters, Nicole in 2001 and Alicia in 2003.

Brian loved learning and put his whole heart into learning new things. His teachers noticed his brilliance at a young age and had to give him loads of extra work to keep him busy so he wouldn’t become bored.  After graduating from SAIT, graduating top of the class, he had a long and successful career in telecom at Nortel for nineteen years before joining NovAtel in 2009 and taking on an engineering leadership role. Even through Brian’s health challenges, he continued to leverage his extensive experience in hardware, software, engineering process, product development, business acumen, and manufacturing to impact others in a positive way.  He was a remarkable engineering and business leader.  Brian was also involved in many patents, including the video doorbell.

Just as Brian took work seriously, so did he take play seriously.  He loved anything with a motor – from riding and working on his motorcycles, snowmobiles, and boats, to building a dune buggy from scratch and especially working on his favorite project, his jeep.  He lived life to the fullest and would push everything to the limit, not afraid to break any bones along the way.  Brian grew up camping and spending many summers in Kelowna at Okanagan Lake with extended family and wanted his girls to grow up with similar experiences.  He would later purchase a cabin at Pigeon Lake where he loved spending many summers and winters with family and friends, enjoying everything in the outdoors.  He was excellent at anything he did, from skiing (downhill and water), swimming, baseball, taekwondo, being an avid fisherman, house renovator, and building outdoor fireplaces.  Brian also loved to study business and trade in the stock markets, he did this for hours daily.  He was a man with many talents, anything he would do, he would excel at.

Brian found the Rocky movies motivational and enjoyed the against- all- odds themes that attempt to teach us the value of hard work, perseverance, and to have the courage to take that extra step to achieve what we want in life.  Throughout Brian’s journey he would say he learned the importance of resilience and to not worry about the things outside his control, and actively focus on what one can control such as your attitude and how to react to any given situation.  He learned how to strive to make every day a good one and make a positive productive difference at home and at work.

Brian was a loving husband, a very proud father, and a loyal friend who was always ready to lend a hand wherever needed.  He would gladly pass on his experience and knowledge to others, both professionally and personally.  Many considered him a mentor, a confidante, and a dear friend. Brian had an awe-inspiring strength and attitude in life, he was a true inspiration to many.  If you had an opportunity to interact with him, you would never forget his kind and giving spirit.

Special thanks to Dr. Victor Jimenez-Zepeda, nurses, and all the staff at Calgary Foothills Hospital and the Tom Baker Cancer Centre for taking great care of Brian these past nine years.

Funeral Services will be held at Calgary Crematorium Chapel, (3219 – 4th Street NW, within the valley of Queen’s Park Cemetery) on Friday, January 20, 2023, at 2:00 p.m. Reception to follow in the Hospitality Centre at the Funeral Home.

Brian greatly benefited from blood transfusions, if able, please consider donating your blood or plasma, as the saying goes “it’s in you to give .” If friends so desire memorial tributes may be made directly to the Southern Alberta Multiple Myeloma Patient Society (SAMPS) Research Fund www.southernalbertamyeloma.ca/donate. Condolences, memories, and photos may be shared and viewed here.