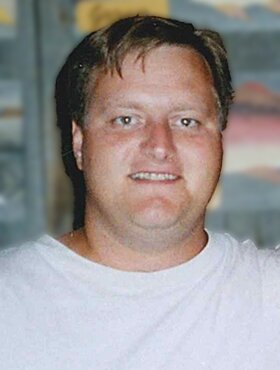 It is with great sadness that we announce the passing of our dear brother Robert William Fehr on Tuesday, January 10, 2023, in Calgary, Alberta.

Robert was born in Morden, Manitoba in 1968 as the youngest of six children. He attended primary and secondary education in his hometown and graduated from Morden Collegiate Institute in 1986. As a youth and adult, Robert was immensely passionate about and excelled in many sports; he played on the varsity teams of baseball, soccer, basketball, and volleyball. He was also a skilled ice skater and used this talent as a hockey referee. His friendliness and warmth led to Robert being elected as valedictorian for his graduation class, where he gave a memorable speech at the awards ceremony.

In 1987, Robert was selected for the Canada World Youth program, an exchange that strengthens ties between nations and peoples. He spent three months in Courtenay, BC with a group of like-minded youths eager to share cultural learnings and lifestyles with their counterparts from Ecuador. The entire group worked and lived together for several months in Courtenay, where Robert worked at a television station and helped produce shows, including a documentary on the CWY exchange program in which he was participating. The group then spent three months in the community of Baba, Ecuador teaching English to elementary school students, planting rice, and working in the local hospital. This experience was always a fond memory of Robert’s where he was able to learn more about other parts of the world and foster close relationships with the people of Ecuador including the host family who supported him.

After studying at the University of Manitoba, Robert returned to Morden where he spent many years in the 1990s. Here he developed a radio personality with his excellent radio voice, as a morning show host at 1570 CKMW Radio of the Morden / Winkler / Pembina Valley Region and as music director for their sister station CHRB in High River, Alberta. During this time, he continued to be involved with a number of community groups including “The Company” theater group.

But his greatest passion remained playing the many sports he enjoyed so much as a student. He was a member of the Morden Mohawks baseball team from 1993-2000 which famously won the provincial championships all of those years. In June 2018, Robert’s team was honored with induction into the Manitoba Baseball Hall of Fame.

In 2002, Robert ventured into a new phase of his life, moving to Taipei, Taiwan to teach English to children. The plan to stay for one year turned into six years as he followed up his teaching by studying at a university in Taipei to learn Mandarin. Along with a childhood friend, Robert also spent a few years in Taipei as a voice actor. During that time, he continued his love of travel by visiting several other Asian countries, especially Hong Kong, as well as Europe. He gained the ability to converse in Mandarin, in addition to the proficiency in Spanish that he learned in Ecuador.

Upon his return to Canada in 2008, he settled in Calgary where two of his sisters lived. He spent ten years working at TransX in Calgary as a driver dispatcher. In Calgary, he also reignited his lifelong friendship with many other childhood friends but remained a die-hard Winnipeg Jets and Winnipeg Blue Bombers fan.

Robert was predeceased by his father Cornelius Fehr in 1969 and his mother Mary (Froese) Fehr in 1990.

He also leaves behind many friends who loved him dearly. They have many fond memories of Robert as an intelligent, fun-loving person with a quick wit, who was always ready with a joke or to instigate some daring action. He was a loyal friend.

The family would like to acknowledge and thank the staff and residents at Bethany Care Centre as well as his buddy since childhood, Daryn, for the wonderful care, support, and love that they extended to Robert over the past year.

A celebration-of-life service is being planned for summer 2023 in Morden, MB and the timing of this event will be announced soon.