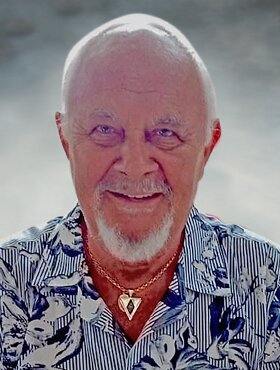 Please share a memory of Oswald to include in a keepsake book for family and friends.
View Tribute Book

Ozzie was born in Plock, Poland on May 9, 1944. He immigrated to Canada in 1953, with his mother Lydia and brother Herb.

He joined the Canadian Navy and travelled the world for several years after completing basic training.

Ozzie found the love of his life after serving in the navy and married Betty in 1968. They experienced life, love and adventure together for 42 years, in various cities throughout Alberta & British Columbia.

He was a member of the Masonic Lodge & Shriners of Canada.

Ozzie accomplished much through his life and experienced several different occupations.  The one he spoke most fondly of was operating several retail stores in the town of Jasper for many years.

Ozzie’s passion was travelling and exploring many parts of the world.  The travel bug likely bit Ozzie during his service with the Navy. Over the last 15 years, Ozzie has travelled to numerous countries around the globe.  He enjoyed learning about the various cultures and of course dining on the local cuisine (another big passion!).

Ozzie always said, “Live your life today, do not wait for tomorrow!” and he exemplified that with all his adventures.

Ozzie was always young at heart and that was exemplified by learning how to scuba dive in Costa Rica at the age of 70; getting his motorcycle license at the age of 73; zipping around Cambodia, Thailand and Vietnam on motorbikes; and being adventurous enough to drive on the streets of Manila!

Ozzie will be most remembered for his easy-going attitude, always having a story to share about his latest adventures and sharing his zest for life.

Ozzie is survived by his son, Sean Ziesmann and his partner Adrian Obusan of Calgary, AB; his daughter, Caryl Laitinen and her partner Doug Iwaskow of Airdrie, AB; and his granddaughter, Cierra Rudy of Edmonton, AB.

Ozzie is also survived by his brother, Herb Ziesmann and his partner Daniela Vesely of Calgary, AB; as well as numerous nieces, nephews, cousins, and friends.

Ozzie was predeceased by his wife Betty Ziesmann in January 2010.