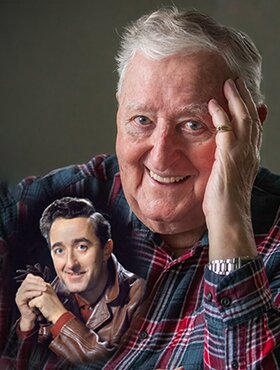 Please share a memory of Herwig to include in a keepsake book for family and friends.
View Tribute Book

Herwig Lavicka was born in Baden, Lower Austria in 1928 and came to Canada in 1952. Vic had a zest for life and is known for his numerous and generous contributions to society. He was the owner of the well-known studio, Vic La Vica Photos, from 1953 until 1992, at which time he retired.

He was very active in the Austrian Canadian community and belonged to the Folk dancing group for many years. He was president and a member of the board of the Austrian Canadian Society for many years. Vic is remembered as the host of the European radio program “Café Continental”, which he produced for over twenty years in Calgary. He was very popular as an MC, and later as the singer and conductor of the choir “Heimatecho”. In 1967, he co-founded “A night in Vienna” Ball. The Mozart Scholarship was founded as Calgary Performing Arts Festival's second musical scholarship in 1967 by Vic Lavicka and the Austrian Canadian Society. Spanning over four decades through Vic's commitment and inspiration, the Mozart Scholarships disbursed over $100,000 to forty-eight young aspiring musicians as they pursued their dreams and aspirations. Vic received a number of awards and medals from the Province of Alberta and the Republic of Austria, among them the Knights Cross in Gold, which was bestowed on him by the Austrian government in 1991. Vic became Honourary Austrian Vice Consul for Alberta in 1996.

He is survived by family members in Austria and friends in many parts of the world.

A Celebration of Vic’s Life will be held at the Austrian Canadian Club (3112 11 St NE, Calgary, AB T2E 7J1) at 12:00 p.m. on Saturday, January 28, 2023. If friends so desire, and to keep Vic’s legacy alive, scholarship donations can be made to the Calgary Performing Arts Festival at www.cpafestival.ca/support-us, and donations to the Austrian Canadian Society can be made through info@austrianclub.ca.