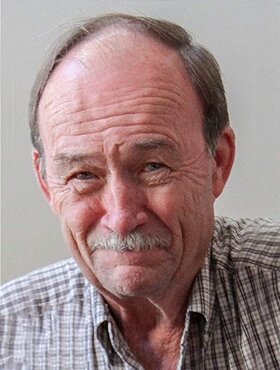 Please share a memory of Glenn to include in a keepsake book for family and friends.
View Tribute Book

Glenn Cruickshank, beloved husband of Gloria Cruickshank of Calgary, passed away surrounded by his loving family on Friday, December 30, 2022, at the age of 86 years. It marked the end of a joyful life highlighted by family love and professional success.

Born in Birtle, Glenn and his family eventually moved to Winnipeg, where, among other things, he played hockey and baseball, followed local sports teams, took violin lessons, and delivered newspapers. Bound for the University of Manitoba, Glenn wanted to study either pharmacy or engineering. He would jokingly say later that he simply chose the shortest line at the registrar's office. But he took his education seriously.

Glenn would spend summers working as a surveyor, which is how he ended up in Saskatchewan, where, in 1958, he met Gloria. They would marry in 1959, spending the next 63 years together. Scott was born in 1963. Glenn graduated as a civil engineer a year later and began an oil and gas career that would take his family to Virden (where Bryan was born in 1965), Red Deer, Calgary (where Karen was born in 1968), and Edmonton.

While the hometowns changed often over the years, Glenn's devotion to the Winnipeg Blue Bombers, Toronto Blue Jays, and Calgary Flames never faltered. But his favourite teams were always the ones his children and grandchildren played on. In recent years, he was thrilled to follow the progress of Luke, Zak, Hunter, and Remco at Calgary's hockey rinks, baseball diamonds, and football fields.

In retirement, following nearly thirty years with Chevron Canada, Glenn funnelled his considerable energy into grooming his yard and garden, curling and golfing, conquering puzzle after puzzle, and, of course, looking after his family.

With his infectious smile and generous spirit, his love of life, devotion to his horses and pets, and wicked sense of humour, Glenn will be missed by all who knew him.

Besides his loving wife Gloria, Glenn is survived by his children Karen (Jeff), Bryan, and Scott (Leah); grandsons Luke, Zak, Hunter, and Remco; and sister Marie Mallette in Winnipeg.

Glenn was predeceased by his parents Bill and Isla Cruickshank.

Details for a celebration of Glenn's life will be announced later. Condolences, memories, and photos may be shared and viewed here. If friends so desire, memorial tributes may be made directly to The Alzheimer Society of Calgary, 800, 7015 Macleod Trail S.W., Calgary, AB  T2H 2K6, Telephone: (403)290-0110, www.alzheimercalgary.com.

Thank you to Bethany Riverview for taking such good care of Glenn during his time there.