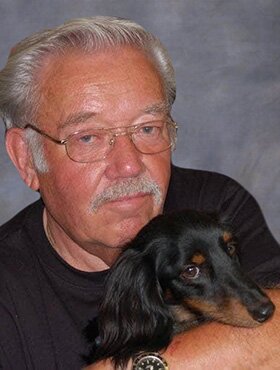 Please share a memory of Karl Heinz to include in a keepsake book for family and friends.
View Tribute Book

It is with great sadness that we announce Karl-Heinz Siegmann of Calgary, Alberta, passed away peacefully on Tuesday, January 3, 2023, at the age of 87 years, surrounded by his family.

Karl was born May 7, 1935, to parents Karl and Helene in Berlin, Germany. He later immigrated to Canada in 1955, settling in Calgary. Equally proud of his German roots and his new Canadian home, Karl provided for his family working a wide assortment of jobs until he started working for the City of Calgary in 1959. Through years of hard work and determination, Karl became District Supervisor for the City in the department of Waste Management.  Karl was recognized by mayors Ralph Klein and Al Duerr and the City of Calgary for his decades of commitment and contributions.

Karl met the love of life, Doris, in 1959. Doris had also immigrated from Berlin, and they met through mutual friends. They were quickly smitten with each other and wed on December 17, 1960. Doris and Karl recently celebrated their 62nd wedding anniversary.

Karl’s love for travel took him and his family all across the world with trips to Europe, China, Hawaii, Mexico, and road trips across Canada and the United States. Karl and his family spent many winters enjoying the sun and sand with their friends in Bucerias, Mexico, as well as many summers camping and spending time in the great outdoors. Karl was an avid lover of dogs, giving many a loving home and daily walks in his backyard in Fish Creek Park.

Karl was predeceased by his parents Karl and Helene; sister Christa and his daughter Gabriele.

Karl was truly one of a kind; proud, caring, independent, loving, stubborn, loud and staunch in his beliefs. He was a husband, father, grandfather, great grandfather, brother, uncle, and friend and will be greatly missed by all.

I cannot see your face at all-

And So I close my eyes,

You’re somewhere just beyond the veil-

Of some forgotten life.

And now a song inside my head-

Let’s you appear inside my heart-

A Funeral Service will be held, on Friday, January 13, 2023 at 2:00 p.m. Family and friends who are unable to attend in person are invited to join Mr. Siegmann’s service streamed live (see below) on the day of the service. For those who are unable to view live, a recording of the service will be posted. Condolences, memories, and photos can also be shared and viewed here.