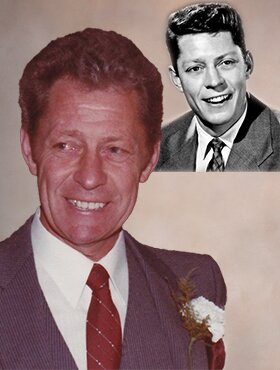 Please share a memory of Howard to include in a keepsake book for family and friends.
View Tribute Book

Howard “Gary” Lorimer passed away peacefully on December 17, 2022, at St. Teresa’s Place in Calgary at the age of 90.

Gary was born in Airdrie, AB on August 10th, 1932 to James and Heloise Lorimer. After attending SAIT, Gary worked as a mechanic and later went into car sales, working his way into management. He was the dad who kept his children’s bicycles in top condition and as teenagers, he was their personal mechanic tuning up their cars.  He was an accomplished athlete and as a young man he played back catcher for Airdries baseball club. While playing baseball in Airdrie in the ‘50s, he met Dorothy Doolittle, and they married in 1954. They had a lifetime of adventures raising their family and traveling to faraway places. They also enjoyed spending time between Calgary, Arizona, and B.C.  He loved cycling, skiing, golfing, and watching sports, especially the Calgary Flames. In his spare time, Gary enjoyed restoring antique vehicles including a vintage Army Jeep, a Farmall A Tractor, and a 1935 Chevy Coupe.

Gary was one of a kind and will always be part of us, in our thoughts and in our hearts.  He leaves a community of friends and relatives who will remember him as a fun-loving man who enjoyed a good joke.

He is predeceased by his wife Dorothy and his brother Buzz Lorimer.

We would like to acknowledge and thank the staff at St. Teresa’s for the kind care they provided our father.

If friends so desire, Gary would have been honored if you paid forward his kindness and generosity by donating to a charity of your choice in his memory. Condolences, memories, and photos may be shared and viewed here.