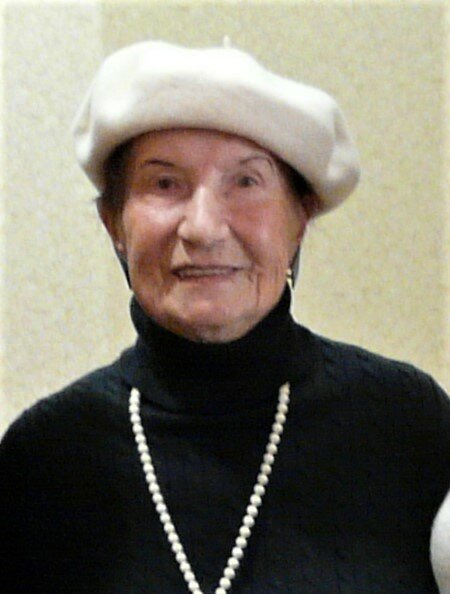 Please share a memory of Elfriede to include in a keepsake book for family and friends.
View Tribute Book

Elfriede Holtkamp of Calgary, AB, passed away peacefully on Monday, December 5, 2022 at the age of 97 years.

Elfriede was born in Tarutino, Bessarabia [Romania, now Moldavian Republic] on September 28, 1925. Elfriede married Herman Holtkamp in May 1954 in Bavaria Germany. Together, they immigrated to Calgary, Canada later in 1954.

She was a member of the Calgary congregation,  New Apostolic Church global organization since 1954, and was an active member of their choir until her retirement in 2017.

Elfriede trained as a couturier/tailor in Europe at the age of 16, then established her professional practices in Prussia, Germany and later in Calgary. Elfriede established Ecole Holt Couture School of Couture Sewing and design in 2007 in Calgary, Canada.

She accomplished much throughout her life and was particularly proud of her Women of Inspiration Lifetime Achievement award in 2019 for her contribution to preserving and promoting the art of couture sewing in Canada.

Elfriede also enjoyed gardening, needlework art, and entertaining. She loved singing and classical music, and she was passionate about couture sewing.

Elfriede lived by this maxim: “everyone is an equal”, whether she sat beside “a pauper or a queen, red, white, green, or rainbow at a dinner table, it makes no difference, we are equals”.

She will be most remembered for her exuberance for life, graciousness, and dedication to her family and friends.

If friends so desire, memorial tributes can be made directly to the Calgary Foundation at https://payment.csfm.com/donations/calgaryfoundation/