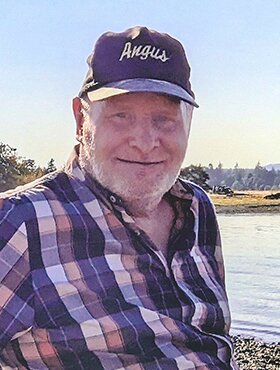 Please share a memory of Gary to include in a keepsake book for family and friends.
View Tribute Book

With heavy hearts, we announce the passing of our father Gary Gordon Colwill of Edmonton, AB, on Thursday, November 24, 2022 at the age of 61 years. Dad was taken from this world too soon after finding out he had brain cancer. We will remain forever grateful for the time we got to share with him.

Gary was born in Pembroke, ON, on March 26, 1961. He headed west to Calgary, AB in 1979 and started working at The Calgary Herald – a job he always looked back on fondly. In the early nineties, he was married and started a family. Dad was an avid slow-pitch player and had a great swing, he always loved going to the weekend tournaments. Some of his other favorite memories were road trips to B.C. through the mountains with friends, many of the trips he took with family to Jasper, and anytime he was fishing or camping. He also loved traveling back home to Ontario to visit his parents and sisters.

We will most remember Dad for his light-hearted approach to life and his ability to live and let live. He loved the taste of a crisp Pepsi on a sunny afternoon and he really enjoyed watching sports; his favorite teams were the Boston Bruins and the Miami Dolphins.  He also enjoyed walking and meeting people on the street and sharing precious moments with them.

In his later years Dad enjoyed his time to himself and was a very free-spirited man, he had an open mind and you knew you could talk to him about anything without judgment. Many people who Gary met made fast friends as he had a good sense of humor and an open heart. Our dad was a truly gentle soul.

We all love Gary and will sincerely miss spending time with him.

There is peace in knowing he is in a better place and that we get to carry him with us in our hearts through our lives.

Gary was predeceased by his parents Harvey Colwill, Florence Colwill, Sister Arlene Orla (nee) Colwill, brother-in-law Don Hallam, and other Aunts, Uncles, and Cousins. Condolences, memories, and photos may be shared and viewed here. If friends do desire, we ask that memorial tributes be made to your local homeless shelter.