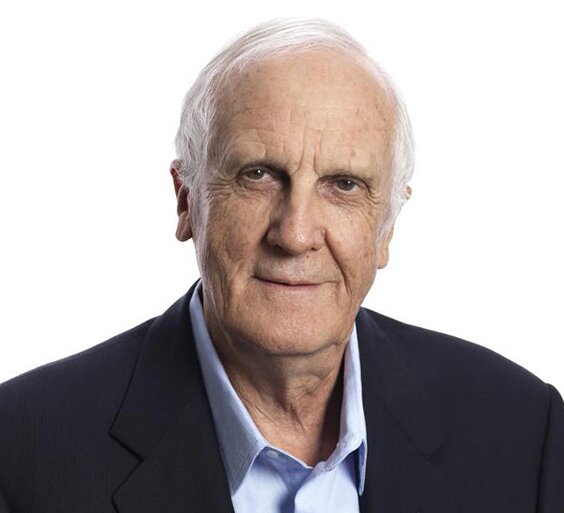 Jack was born in Calgary in 1942, while the world was in the throes of World War II, and while western Canada was still suffering the lingering effects of the Great Depression. With a new family in these trying times, his father built their first home.  It was basically a two-bedroom tar paper shack on a vacant lot in northwest Calgary. When Jack was five, the family moved to a three-bedroom bungalow, and he started kindergarten and school at King George Elementary School.

At age ten, the family moved “way out of the city” to a hill-top site, in what is now Dalhousie. There they lived a country life, raising pet dogs, horses, chickens, and a couple of pigs. Behind the home was a ranch, where Jack and friends could hike, ride, trap and shoot gophers, skate, and toboggan.

In 1960, he started Engineering studies at the new University of Alberta, in Calgary. The campus had only two buildings and was either a treeless dustbowl or a blizzard-swept prairie. Engineering was only offered for the first two years, so he attended the University of Alberta in Edmonton for third and fourth years. He graduated as a Mechanical Engineer from U of A in 1964.

He immediately formed a new company and developed its first product, a large off-road vehicle. As the former President and Chairman of Foremost Industries Inc., he gained forty years of experience as an entrepreneur and CEO of a large equipment manufacturing company. Foremost became known for its large innovative products, and its exports to many regions such as Alaska, South America, Antarctica, China, Southeast Asia, and most particularly to the Soviet Union. Foremost became a public company in 1971, expanding its business with several diversifications, including oil production and oil field services. Foremost also developed a range of large drilling rigs and related products for the oil and gas, water well, construction and environmental industries.

Jack was a director of several public company boards and associations, including Foremost Industries Inc., Sheritt-Gordon Ltd., Vencap Equities Alberta Ltd., Advanced Process Systems (formerly Maloney Industries Ltd.), Enterprise Development Board (Industry Canada), Alberta Research Council, President of Junior Achievement of Southern Alberta, Chairman of the Alberta Chapter of the Young Presidents Organization, and Chairman of the Alberta Chapter of the World Presidents Organization. Jack was awarded the Premier of Alberta’s International Marketing Award, for continuous outstanding achievement in international marketing in 1985; the Pinnacle Award issued by Fraser Milner Casgrain and The Calgary Herald for entrepreneurial achievement in times of adversity in 1988; the Award for Excellence in International Business from the University of Calgary in 1992; and in 1995 the John C. Sproule Memorial Award, from the Canadian Institute of Mining, Metallurgy and Petroleum, in recognition of technological advancements and business leadership in assisting exploration and development of petroleum resources in Canada’s northern frontier.

Jack retired from Foremost Industries in 2003, and was active with several start-up companies, some of which did not survive the recent economic downturn while others continue showing strong growth. Jack joined the Young Presidents Organization at age thirty-one. He remained a member for 49 years. Many of his closest friends were part of a YPO Forum group that stayed connected for 28 years.

Jack always loved the native prairies of Alberta. He donated natural lands at Horseshoe Canyon to the Nature Conservancy of Canada (see NCC: Nodwell on the web), and on the Bow River near Carseland to Western Sky Land Trust. He and his spouses enjoyed hiking in the Rockies and cycling on self-guided tours in Europe, as well as travelling all over the world for both business and pleasure.

Sadly, Jack inherited a rare hereditary disease known as HHT, which caused random nosebleeds. These became more frequent and severe over time. Jack applied for Medical Assistance in Dying, to die with dignity at a time of his choosing.

He was predeceased by his first wife, Leila, and his sister, Pat Clay.

At Jack’s request, there will be no funeral. If friends so desire, memorial tributes may be made directly to the Western Sky Land Trust at www.westernskylandtrust.ca