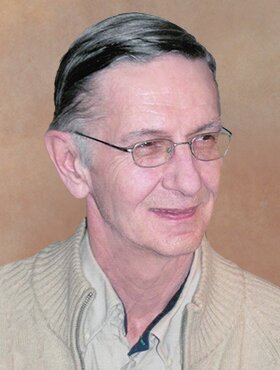 Please share a memory of Neil to include in a keepsake book for family and friends.
View Tribute Book

The family of Neil William Kowal, age 78, are deeply saddened to announce his passing on November 13, 2022.

Neil attended Preeceville High School and the University of Saskatchewan where he met his wife, Helen Kowal (nee Franchuk), whom he married in 1965. Together they settled in Cold Lake, AB which they called home for most of their lives.

Neil was a teacher and an entrepreneur in Cold Lake. He owned and operated various businesses over the years. He retired from teaching in 1996 but kept busy working various jobs in his later years. In addition to teaching, Neil was a member of Grand Centre Town Council, he served as Justice of the Peace, and as mayor from 1983-1986. Neil was an avid sports fan and always kept active golfing, gardening, curling and spending time with his family.

Neil is survived by his two sons, Jamie (Kelly) and John (Elise); and his four grandsons, Michael, Matthew, William, and Henry.

Neil was predeceased by his wife Helen in 2007.

Funeral Mass will be celebrated at St. Peter’s Catholic Church (541 Silvergrove Drive NW) on Tuesday, November 29, 2022, at 1:00 p.m. Reception to follow in the Church Hall. Condolences, memories, and photos may be shared and viewed at www.calgarycrematorium.com.