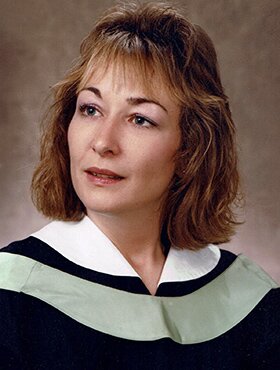 Please share a memory of Shauna to include in a keepsake book for family and friends.
View Tribute Book

It is with deep sorrow that we announce the passing of Shauna Wilson, beloved sister of Scott Wilson of Calgary, AB, on Tuesday, November 8, 2022 at the age of 62 years.

Shauna was born in Calgary on October 20, 1960.  Shauna grew up in several towns and cities in Alberta and British Columbia before finally residing in Calgary.

Shauna always excelled in school and completed her education at the University of Alberta with a BSc. degree in petroleum engineering (with distinction) in 1988.

Shauna had a successful career in the oil and gas industry and became one of the few women at the time to become a thermal production engineer.

Shauna enjoyed golf, watching her beloved Raptors and Blue Jays, and collecting recipes.  She became an accomplished chef in the kitchen and was never afraid to try a new recipe.  She enjoyed many evening strolls with her dog, Max.

In her later years, Shauna had to deal with ongoing health problems but did so with strength and dignity.  Throughout this time Shauna was extremely generous in supporting a wide variety of charities.

Shauna was predeceased by her parents Jean and Wayne Wilson and is survived by her brother Scott. A Celebration of Shauna’s Life will be held at a later date.