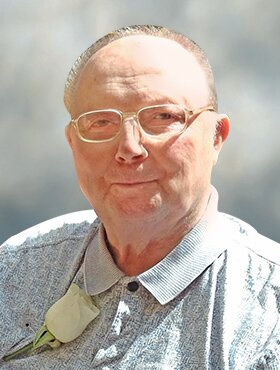 Please share a memory of Bruno to include in a keepsake book for family and friends.
View Tribute Book

Bruno Sommerfeld, beloved husband of Elsie Sommerfeld (nee Radfelder), of Calgary, Alberta, passed away on Friday, September 30, 2022, at the age of 91 years.

Bruno was born in Bydgoszcz, Poland, on September 4, 1931. He immigrated to Canada in 1951, and married Elsie in 1957. They were married for 65 years. Bruno had a passion for pianos and enjoyed playing, as his father manufactured Sommerfeld Pianos in Poland in the early to mid 1900s. Bruno received great satisfaction from his lifelong career with the Canadian Pacific Railway, his fondest memories were from Banff where he visited often with his family and practiced photography.

Besides his loving wife Elsie, Bruno is survived by his two sons, Peter, and Ron. Bruno was predeceased by his father Bruno, mother Julianna, brother Joseph “Joe”, and sister Mary. Condolences, memories, and photos may be shared and viewed here.