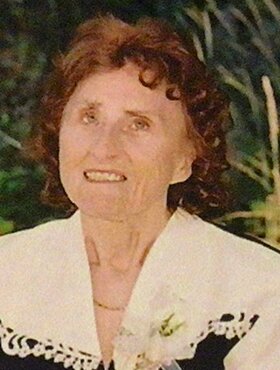 Please share a memory of Blodwen to include in a keepsake book for family and friends.
View Tribute Book

Blodwen was born in Denbigh, Wales. The youngest of six children, Blodwen immigrated to Canada in 1929, together with her parents, four brothers, and one sister, where the family farmed near Priddis, AB.

While Blodwen worked briefly as a librarian at the Red Deer Lake Library, most of her years were dedicated to operating her family’s farm with her brother, David Bueno Davies. Blodwen enjoyed farming, and the sense of community that attended her life in Foothills, AB. Blodwen’s family farm remains in existence today - a continuance of her legacy. Blodwen loved to garden and was passionate about horses. She also enjoyed spending time with her family and will be remembered as a second grandmother to her great-nieces and great-nephews.

Blodwen was predeceased by her parents, Robert, and Catherine Davies, her four brothers, and her sister.

Blodwen’s family wishes to express their sincere appreciation to the staff of Mayfair Nursing Home, who provided loving and compassionate care to Blodwen throughout her years of residency there. The family also wishes to extend a special thank you to Blodwen’s nurse, Gerri Lynne, who took such special care of Blodwen through the years.

In keeping with Blodwen’s wishes, no funeral service will be held. A private interment will be held at a later date.