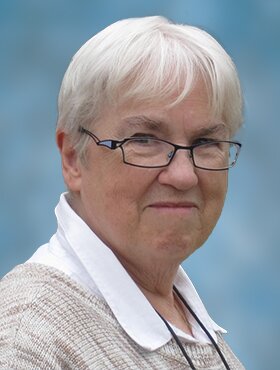 Please share a memory of Janet to include in a keepsake book for family and friends.
View Tribute Book

It is with heavy hearts that we report the passing of Janet Lee Dawson, beloved wife of Rick, of Calgary, AB, passed away on Saturday, September 24, 2022, at the age of 81 years.

Shaped by the tragic loss of her mother Audrey, at the age of fifteen, Janet sought to make a life of love and service to her family and her community. After graduating from Dalhousie University with a Biology Degree in 1961, she moved to Calgary, where she would marry Rick in 1962. This is where they raised their family. Calgary is where she worked first as a lab technician, then later as a swimming instructor some would call a teacher of generations of swim instructors, and finally as the Aquatics Director at the Calgary Winter Club. Janet embodied kindness, strength, curiosity, and always, good humour. She revealed herself with words and deeds, reveling in the celebration of birthdays and holidays, often spending months planning, baking, and imagining all the ways she might express her devotion to those in her life. She did that in her work as well, devoting years to the Canadian Red Cross, Ten Thousand Villages, the Winter Club, and countless other organizations. To the end, she showed the dignity that defined her life, telling her grieving husband in her final hours that, “I talk to you all the time.” Janet, we too will talk to you all the time. We will carry you with us always.

Plans for a Celebration of her Life will be announced in the coming weeks. Condolences, memories, and photos may be shared and viewed here.