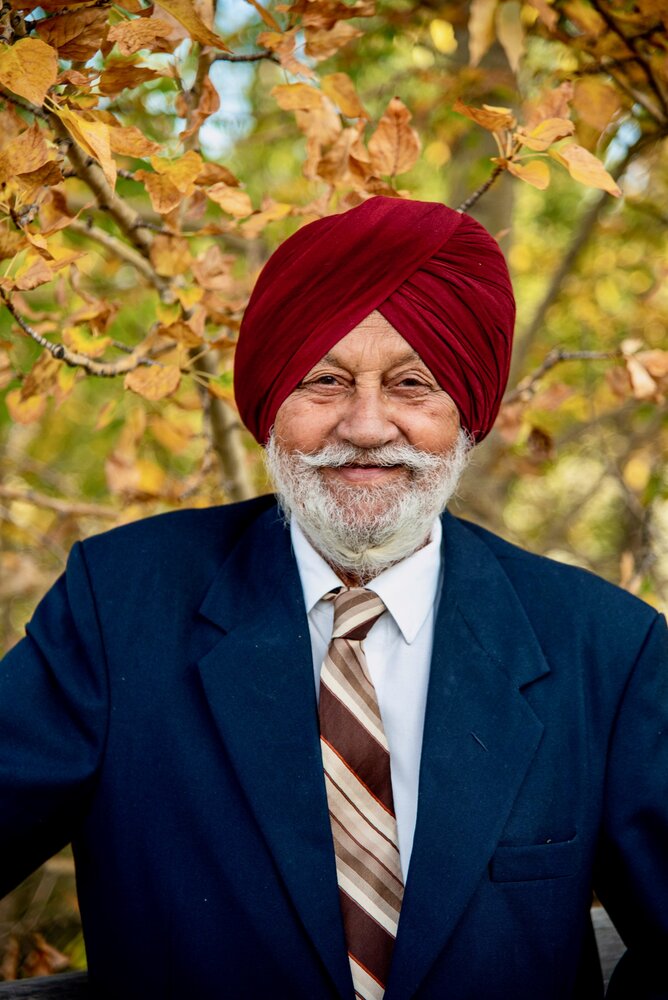 Please share a memory of Jaswant to include in a keepsake book for family and friends.
View Tribute Book

Jaswant Gill, beloved husband of Gurdip Gill (nee Sekhon), of Calgary, AB, passed away on Saturday, September 17, 2022, at the age of 88 years.

Jaswant was born in village Wakilan Wala, Ferozepur, to Father S. Amar Singh and Mother Basant Kaur, a humble farming family. He was their second oldest child, with one older brother and two younger sisters. He completed his schooling in the local area and went for higher education in Moga and Ferozepur. After his education, he gained acceptance into the Indian Army in 1953. Jaswant’s first posting was in Sikanderabad as an officer in the Army Ordnance Corps. During his service in the Indian Army, he served through different ranks and truly embodied the Army Ordnance Corps motto of, ‘Sua Tela Tonanti,’ – which reflected everything he took on. He served the country in three wars, in 1962, 1965, 1971 against China and Pakistan, and he was decorated with many awards.

Jaswant served the Army with an eye for detail and honesty. Not a single audit objection was raised against 153 regiment. While taking time off from defending the country, he was an excellent hockey player and participated in numerous Indian Army games. He served the country for 35 years and retired as Captain.

In 1955, Jaswant married Gurdip Kaur and was blessed with three children. His family was his strength which blessed him to excel in everything he took on with courage, ‘Sua Tela Tonanti’. His hard work and education paved the way to success for his family.

To our father, his family was his life. He embodied certain noble qualities of truthfulness, honesty, devotion to family, and diligence. We remember him as disciplined, strict but loving, and caring man who always supported our decisions. He led his life as an example to many and will be dearly missed.

Please join us to celebrate his life. Funeral Services will be held at Calgary Crematorium Chapel, (3219 – 4th Street NW, within the valley of Queen’s Park Cemetery) on Thursday, September 22, 2022, at 10:00 a.m to 12:00 p.m. Commencement Ceremony to follow at 12:00 p.m. The Antim Ardaas and Guru Ka Langar will follow at the Dashmesh Culture Center (135 Martindale Blvd NE, Calgary, AB) at 12:30 p.m. Condolences, memories, and photos may be shared and viewed here.