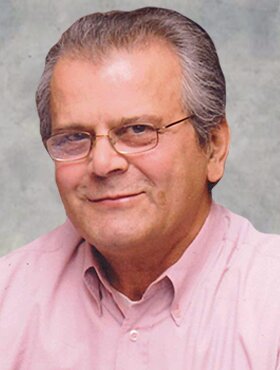 Please share a memory of Harry to include in a keepsake book for family and friends.
View Tribute Book

It is with a heavy heart that the family of Hariton “Harry” Seitanidis announces his passing on September 2, 2022.

Harry was born in Drama, Greece, on September 7, 1945. He was the middle of three children. He grew up surrounded by love and very few material possessions. He was an average student who enjoyed playing tricks on his classmates and teachers, which landed him in trouble quite often. Once he completed his schooling, he served his mandatory service time in the Greek Army. Most only do the required 24 months, but Harry kept up his streak of mischievousness and earned himself an extra 4 months. When he was 23 years old, he decided he wanted to follow in the path of his older sister and make the move to Canada.

After a 17-day trek by boat, he arrived with $60.00 in his pocket and slept on his sister’s couch for months. He had many different jobs including a labourer, working in a bakery, a garbage man, and a house painter. There were several years where Harry would hustle pool tables to make extra money to pay his rent. One day while driving down the road, he came across a man and two ladies hitch hiking. He stopped and offered them a ride. One of those ladies would soon become his wife and life partner, Beverly. Together they had three children. In 1979, Harry decided to take a giant leap of faith and bought his very first restaurant.

This was a man who knew absolutely nothing about owning a business or cooking. He spent countless hours working along side the previous owner learning as much as he could. Tucked in the corner of Brentwood Village Mall, he owned and operated Rome Pizza & Steak House for many years. He expanded his restaurant collection over the next two and a half decades, owning several other places, and closing out his career with Harry’s Pub in Crowfoot. You could always find Harry with a cup of coffee in one hand and a 110oz pool cue in the other waiting for his ‘next victim’ on the pool table.

Harry experienced kidney failure in the early 90’s but was lucky enough that the lovely lady he picked up on the side of the road many years prior happened to be a perfect match. Not only did Beverly share her life with Harry, she shared one of her kidneys as well. Harry and Beverly loved to travel, returning to Greece every summer. Once Harry retired, they explored many places. Harry was a proud provider, stubborn as a mule, and devoted family man. There was nothing in the world that he loved more than being Papou to his four granddaughters. He enjoyed every moment he spent with them, trying to be the 'funny guy' with all the dad jokes, all the time.

Harry is survived by his wife Beverly, children, Jason (Jennifer), Maria (Mark), and Emily; granddaughters, Logan, Bella, Jayden, and Angelina; and his sister Olga. Harry will be missed by many friends, extended family members, and his very special little buddy Chanh. He is predeceased by his parents, Angelo and Vasiliki, and his sister Ermioni.

The family has chosen to not have an open funeral and instead will have a small Celebration of Life. Condolences, memories, and photos may be shared and viewed here.