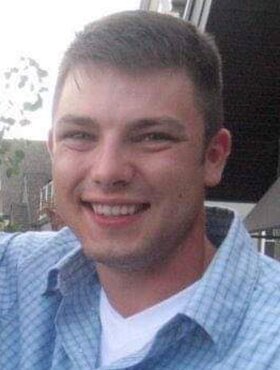 Please share a memory of Matthew to include in a keepsake book for family and friends.
View Tribute Book

It is with profound sadness that we announce the unexpected passing of our beloved son, Matthew “Matt” Crowhurst, at the age of 35, on Monday, August 29, 2022.

Matt was born in Calgary, AB, on October 1, 1986. He graduated from John G. Diefenbaker High School in 2004 and then went on to attend SAIT. Matt’s most proud moment was becoming a father, David was his whole world, the love of his life. He was never happier than when he was with him.

Matt had two passions, music and art. Anyone that knew Matt will know his love of music across a wide range of genres. He loved to sing karaoke and even sang in a couple bands! Matthew loved to draw cartoons, especially Ninja Turtles, and this is how he spent a lot of his downtime.

Matt will be most remembered for his big personality, his beautiful voice, and his boisterous laugh. Matt was kind, sensitive and he loved hard, we all benefited from that.

Matthew is survived by his son David, David’s mother, Solana Pelland; mother and stepfather, Cathy Zemp and Mike Dubbin; brothers, Tyler Zemp, and Ashton Crowhurst, both from Calgary, AB; stepbrothers, Scott Dubbin (Tara), and Matt Dubbin; stepsister Amanda Dubbin, all from Calgary, AB. He is also survived by his aunts and uncles, Paulette and Wade Handberg, Ron and Susan Guss, from Calgary, AB and Marnie and Steve Diggon, from Gabriola Island, BC; cousins, Spencer, and Morgan Handberg, Ashley Hagley, Josh, and Adam Guss, Jordan, Paige and Makenna Dubbin, all from Calgary, AB and Sydney and Mya Diggon, from Gabriola Island, BC; grandmother Margaret Guss from Keremeos, BC, and grandfather Clint Morden from Creston, BC.

Matthew was cherished by his family and friends.

A Gathering in Matt’s honour will be held at the Chestermere Regional Community Association, Meeting Room 2 (201 W Chestermere Drive, Chestermere, AB) on Saturday, October 1, 2022 from 1:00 p.m. to 4:00 p.m. Condolences, memories, and photos can be shared and viewed here.

If friends so desire, please consider a memorial donation to David’s education fund. You can make the donation by etransfer to solanapelland11@gmail.com.