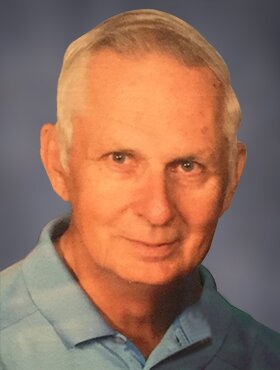 Please share a memory of Conrad to include in a keepsake book for family and friends.
View Tribute Book

Con was born in Avonlea, SK, on February 28, 1944, to Vincent and Elizabeth Dombowsky. He was the third of five children and became the family’s prankster who loved to tease his sisters. Con moved to Calgary in 1962 where he started a long and distinguished career in the oil business. During this time, he met Ila, with whom he fell in love and married in 1964. Con and Ila had two boys, Shawn, and Shane, who grew up and established their own families. Con loved visiting his grandchildren in the United States.

Con accomplished much throughout his life and was a world traveler. He worked for extended periods in such locations as the Canadian Arctic, Angola in Africa, Turkey, Argentina, Algeria, Yemen, and the United States. He traveled through many places in Europe, South America, and all across North America. Con was very humble about his extensive travel but could tell wonderful stories when asked, including tales of living in a tent in the equatorial African jungle. Con’s most memorable vacation was a river cruise through the Ukraine. However, he enjoyed visiting with family and old friends most of all. Con enjoyed golf and played at every opportunity. He even managed to score a hole in one twice! Con will be most remembered for his sense of humor. He always had a joke ready even though many of his jokes were met with groans. He liked those jokes most of all.

Those wishing to pay their respects may do so at Calgary Crematorium Chapel, (3219 – 4th Street NW, within the valley of Queen’s Park Cemetery) on Monday, August 15, 2022, from 2:00 p.m. to 4:00 p.m. in the Hospitality Centre at the Funeral Home. Condolences, memories, and photos may be shared and viewed here.