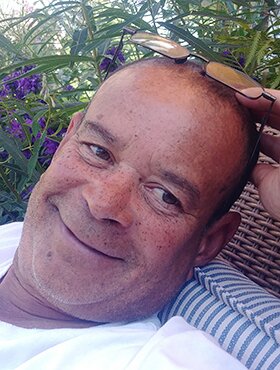 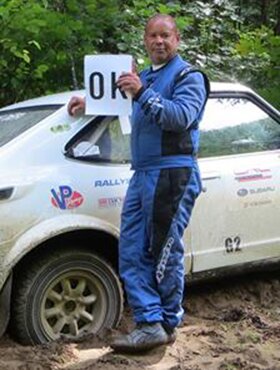 John entered the world on March 8, 1962, in Kingston, Jamaica with a cigarette in one hand, a beer in the other, and ready to pick an argument with the attending physician. As a child in Kingston, he enjoyed summers with family at Runaway Bay, and hikes through the Blue Mountains with his Boy Scout Troop, something he would return to later in life as a Cub Leader for his son’s adventures. He grew up surrounded by a family of super achievers, especially his parents, Jean and Rixy, who were accomplished, ambitious, popular, and charming people. This high bar, mixed with his innate curiosity, led to a life well lived, full of discovery and adventure.

John attended Campion College in Kingston, an experience that would leave him with deep friendships that would stay with him for the rest of his life. After graduating from the University of the West Indies in Trinidad in 1983, John returned to Jamaica to work. A period of partying ensued, ended only by his mother informing him he was moving to Kingston, Canada to which John replied, “another Kingston couldn’t be too bad”. With thoughts of returning to Jamaica foremost on his mind, he was soon absorbed by his thesis topic and remained sufficiently motivated to complete a master’s in engineering at Queen’s University in 1987. Nonetheless, upon completion of his masters he returned to the warmth of Jamaica at the earliest opportunity. This was to be short-lived, as the job market eventually drove him back to Toronto with a job at HH Angus under Peter Willings, who was to become a long-term mentor and surrogate “Canadian father” for John.  It was Peter and his son Tim who introduced John to the sport of sailing on Lake Ontario.

John became a fixture at the National Yacht Club in Toronto where, after race nights and regattas, he would develop his joy for telling a good story, leaving people rolling on the floor with laughter, the stories often better than the actual experience.

It was while looking for crew for a particularly cold, overnight race in May that he met his future wife, Marjorie.  They married at the National Yacht Club in 1992, Marjorie arriving in style drinking champagne in a Venetian gondola.  With Marjorie he continued his sailing career, purchasing a leaky old wooden R-boat from the 1920s named Highlander.  Many winter days were spent upside down in dark corners of his old boat, just to keep it barely afloat through the next sailing season.

John never got used to the cold.  On his first trip to Canada, he bought long johns and didn’t take them off for 12 months. On occasion, he could be discovered in a lawn chair in the kitchen, decked out in a toque and heavy sweater in front of the open oven turned on high heat.  Despite this aversion to Canadian weather, he embraced his new country fully and learned how to ski. He also joined a hockey team, despite never putting his feet near a block of ice in his life. He liked to say it was the perfect Canadian sport to learn because he could use the hockey stick as a tripod to support him on the ice.

His daughter Ceilidh arrived in 1993 and was immediately packed off to Vancouver where John had gone to complete a 6-month project. Eight years later they were still there. His son Evan joined the family in 1996, completing the quartet.

In 2002, John pursued a new adventure with Reid Crowther/EarthTech/AECOM in Calgary. This was an exciting period for John where he was involved in many unique projects which included being dropped into an air force base in Iraq during Desert Storm, flying the east coast of Africa in search of terminals for fibre optic cables, and participating in the design of the Manitoba Hydro building in Winnipeg. Through projects like the Manitoba Hydro building, he emphasized not only the building efficiency but also the health and wellbeing of the people who inhabit them. Natural light and fresh air, he not only made buildings beautiful and efficient, but also a beautiful and inspiring place to be. In the latter part of his career, he made a shift to working with smaller, independent companies like AME Consulting Group. He was able to throw himself into mentoring people and building community, facets of his career that were exceedingly important to him.

It was in Calgary, with no appropriately sized body of water in the vicinity, that John converted from leaky old boats to rusty old cars and started his career in rallying. Initially an effort to turn his kids into good drivers, his rally career started as family TSDs on weekends. It wasn’t too long until he purchased a 1973 Toyota Corolla and embedded himself in the Canadian rally community. John was a fixture at races across the country, once again known for his hilarious stories and a constant mantra to “keep the shiny side up”. He enjoyed himself at every turn and made sure everyone around him had the best possible time.

John was a force of nature; curious confident almost to a fault, strong-minded, driven, charming, a hilarious storyteller, obstreperous, determined, authentic, hilarious, infuriating, and attentive. He made a lasting impression on every person he met and has left the bar high for everyone who knew him.

Those wishing to pay their respects may do so at McInnis & Holloway (Fish Creek, 14441 Bannister Road SE, Calgary, AB) on Friday, July 29, 2022, at 2:00 p.m. Reception to follow in the Hospitality Centre at the Funeral Home. Family and friends are invited to join Mr Munroe’s service streamed live (see below) on the day of the service. For those who are unable to view live, a recording of the service will be posted.  Condolences, memories, and photos may be shared and viewed at www.calgarycrematorium.com.  The family will be bringing John home to rest with his parents, Jean and Rixy, and his brother Paul, at St. Peter and Paul in Kingston, Jamaica. If friends so desire, memorial tributes can be made to Médecins sans Frontières, https://www.msf.org/donate, or the or the Geoffrey Ogram Memorial Research Fund, https://www.lungcancercanada.ca/Get-Involved/Fundraising/Geoffrey-Ogram-Memorial-Research-Fund-(1).aspx.

We apologize if this is the case with today’s live stream, but we want to assure you that this service will be recorded and uploaded following the service.