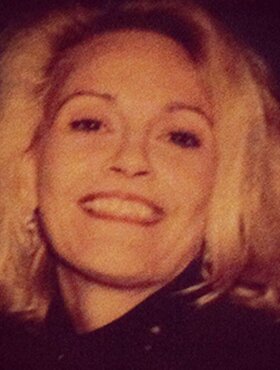 Holly graduated from the Rosetown Composite High School in 1972, and shortly afterward she moved to Calgary. She lived in Kelowna, BC, from 1974 to 1978, and she also lived in Rosetown, SK. She spent most of the last forty years in Calgary, AB. Holly married Craig Loewen of Calgary, AB, on February 9, 1974, in Calgary, AB, they divorced in the mid 80’s. They had one son, Kerry Michael.

Holly worked in many professions, waitressing, real estate sales, car sales and as a businessperson. She had her own business offering services doing Psychic readings. She offered her services during the annual Calgary Stampede and at various locations throughout the year. She assisted many people with guidance, love, and empowerment. One of Holly’s passions was to help others, find their light.

Holly’s son, Kerry Michael and her granddaughter Nova Charlee were the light of her life. Holly loved plants, nature, and spending time outdoors. Some of Holly’s most memorable times were when she got to spend the warm days of summer at her cabin at Coteau Beach, on Diefenbaker Lake in Saskatchewan.

Holly had a passion for fashion and would spend hours scouring the local second-hand stores for designer labels, as a result, she was always very stylishly dressed.

Holly’s favourite sayings were “All that and a bag of chips” and “Love is all there is.”

She will be remembered most for her strength, integrity, and her love of music.

Holly is survived by her son Kerry Michael Wood of Calgary

Holly will be laid to rest at the Wood family plot in Rosetown, SK, later in the summer. Condolences, memories, and photos may be shared and viewed here.