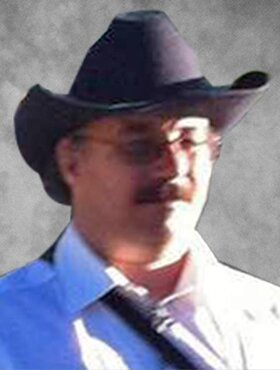 Robert Provencher, beloved husband of Cathy Provencher (nee Hansen), of Calgary, AB, passed away on Tuesday, June 14,2022, at the age of 61 years.

Robert was born in Rouyn, QB, on April 16, 1961.  He moved to Calgary, AB, in 2010 and married Cathy in 2009. He was a member of Alcoholics Anonymous and volunteered as a sponsor for thirty four years. Robert loved playing golf, both online in video games, as well as on the golf course. Robert’s most memorable vacation was when he went with his parents to Lethbridge, AB, to visit his mother’s family when he was 7 years old. Robert’s favorite saying was one he adopted from his older brother: “Poor poor little girl/boy, nobody loves you, nobody wants you.” He would say this when his step-daughter or great-great nieces and nephews got fussy and had tantrums.

Besides his loving wife Cathy, Robert is survived by his two stepdaughters, Amanda, and Erica who live in Calgary, AB; stepson, Sean, and his girlfriend Candace who live in Airdrie, AB. Robert is also survived by his three brothers and their wives, Tom, Dave, and Mike; their children, and grandchildren; brothers-in-law, Harry, Tom, Ross, Edgar, and Roy; sisters-in-law, Christina, Irene, Christine, and Patricia; as well as many nieces, nephews, great-nieces, and great-nephews, great-great-nieces, and great-great-nephews, through his wife Cathy. Robert was predeceased by his mother and father, Frank and Barbara, as well as his father-in-law and mother-in-law, Eric and Margaret Hansen.

A Celebration of Life will be held at the Calgary Crematorium Chapel, (3219-4th Street NW, within the valley of Queen’s Park Cemetery) on Saturday, June 25, 2022, at 2:00 p.m. Condolences, memories, and photos may be shared and viewed here.

Thank you for all your support and love. We have decided not to include a live stream of the event and appreciate your understanding. You may wish to email your family and friends to let them know that the above obituary may be viewed online at : www.calgarycrematorium.com.