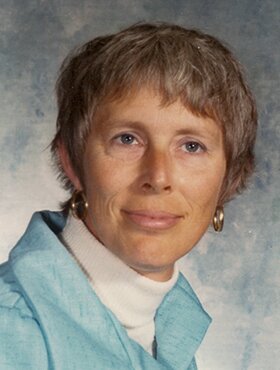 Please share a memory of Mary to include in a keepsake book for family and friends.
View Tribute Book

With heavy hearts, we say goodbye to our mother, Mary Elizabeth Ledingham (nee McDiarmid) who passed away May 16, 2022, at Garrison Green Carewest assisted living centre. She was 92 years old. Mary was born in Hamilton, ON on June 16, 1929, and grew up there with her two sisters, Jean, and Marjorie. Mary played the flute in the high school band as well as a post-secondary orchestra.

She attended McMaster University for a short time until she met the love of her life, George who she married in 1951. They started their family in a small house on Hess Street in Hamilton and after a few years moved to Ancaster, ON, where all four children grew up.

While in Ancaster, Mary pursued many and varied interests including dog obedience and dog shows. She was an avid member of the Hamilton Dog Obedience Club at the Ancaster fairgrounds where she taught and later became a judge in both dog obedience and all-breed shows, judging around the province of Ontario. Mary loved dogs and always owned at least one and sometimes several at the same time.

She worked as a veterinary assistant once her children were a bit older, later going back to school to become a middle school teacher, teaching grade eight in Stoney Creek, Ontario.

Mary loved camping and exploring new places. The yearly camping trek with the whole family was always the highlight of the year. The family also spent many Sundays in the summer boating with Grandpa McDiarmid's boat on the Grand River where Mary stubbornly pursued water skiing.

In 1977 Mary, George, and Carol (the youngest) moved to Calgary, AB.  In Calgary, Mary became involved in social work. She was always interested in the arts and started spinning and weaving, filling the house with looms, spinning wheels, carding machines, and bags and bags of wool. Mary was a long-time member of Heritage Weavers and Spinners Guild of Calgary where she honed her skills and later taught classes.

Memorial tributes may be sent to the Canadian Lung Association by web at lung.ca or by mail at Suite 502, 885 Meadowlands Drive, Ottawa, Ontario K2C 3N2.

The family would like to thank Garrison Green Carewest staff, doctors, nurses, and caregivers for their kindness and care.