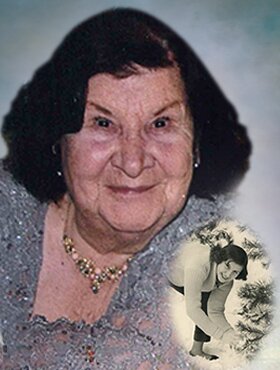 Please share a memory of Irene to include in a keepsake book for family and friends.
View Tribute Book

Irene Rempe beloved wife of Günter Rempe of Calgary, AB, passed away peacefully on Wednesday, March 30, 2022, at the age of 87 years.

Irene was born in Bochum, Germany on November 13, 1934.  She immigrated to Canada in 1955, married Günter, and settled in Calgary, Alberta, where they raised a family of three and had a wonderful marriage of 67 years.

Irene had a certificate in art and was an active member of the German/Canadian Club and sat on the Board at St. Boniface Catholic Church.  She also supported Günter and her brother Manfred in the business they founded, BBC Masonry Ltd.

Irene accomplished much through her life, raising three children while also working at Hudson’s Bay and Revlon.  Her strong entrepreneurial spirit led her to start the Confetti Ice Cream Factory, a legendary European-style gelato company that was highly regarded by the people of Calgary and featured in numerous magazine articles.

Irene loved art and had a passion for painting landscapes and flowers, particularly of her much-cherished Rocky Mountains and the Hawaiian Islands. Many of her wonderful pieces of art will be donated to Cambridge Manor in recognition of the special care she received. Irene and Günter regularly wintered in their condominium at Kuhio Shores, Kauai – often visited by family and friends – listening to classical music while she painted and Günter baked bread and plum cake.  Irene will be most remembered for her love of family, raising her children to be strong individuals with a good moral compass.

Besides her loving husband, Irene is survived by her daughter Nicole Rempe and son-in-law Glenn Stuart, her son Dennis Rempe and daughter-in-law Marcia, and daughter-in-law Janice Rempe all residing in Calgary, Alberta.  She is also survived by her six grandchildren Clarissa Stuart, Rachael and Rebecca Rempe, and Stephanie, Alexandra, and Matthew Rempe, living in Canada and the United States, and missing their beloved Oma.

Irene is also survived by her brother Manfred Stürmer and sister-in-law Erika and her nephews Oliver and Patrick Stürmer all living in Calgary, Alberta as well as numerous relatives and friends in Germany, Canada, and the United States.

Irene was predeceased by her eldest son Ronald Rempe, her nephew Robert Stürmer, and her parents Rudolph and Anna Stürmer. Condolences, memories, and photos can be shared and viewed here.  In lieu of flowers, please consider a donation to The Brenda Strafford Foundation-Cambridge Manor or the Alzheimer Society of Calgary.