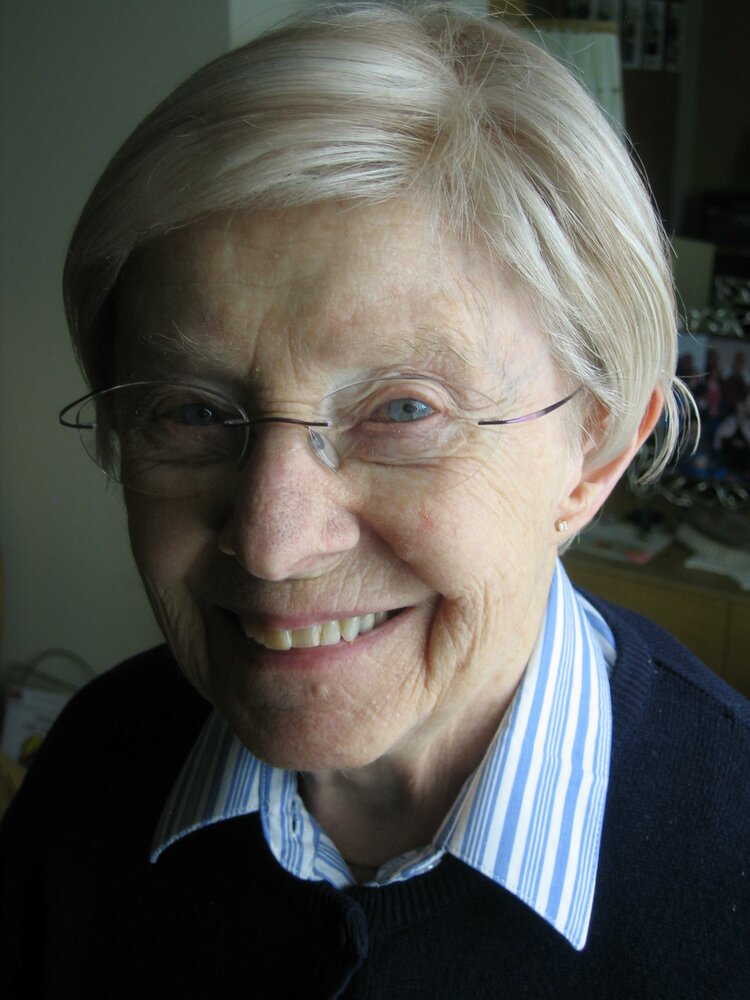 Please share a memory of Shirley to include in a keepsake book for family and friends.
View Tribute Book

It is with tremendous sadness that we announce the passing of our beloved mother, Shirley Manning (nee Cook), of Calgary, AB. She passed away peacefully on Thursday, March 24, 2022, surrounded by family, at the age of 91 years.

Shirley was born in Guelph, Ontario on March 10, 1931 and moved to Toronto after marrying Austin in 1956. She moved to Calgary in 1965 with Austin and her first two children, Robert, and Donna. She missed her family and the splendid autumns in Ontario but came to love the majestic Rockies.

Shirley attended the Guelph Collegiate and Vocational Institute prior to entering the workforce. Following high school she worked in a bank as a bookkeeper, teller, and assistant accountant.  She was a member of the Beta Sigma Phi in Guelph, prior to marriage and held various executive positions. She enjoyed family vacations at Sauble Beach and attending formal dances. She was very close to her older sister Margaret, and they enjoyed many activities together throughout their years in Guelph and whenever they were able to get together as adults.

After marrying Austin, the love of her life, she was a homemaker until opening a small family business (picture framing) in 1980 along with Austin until retiring at 74 in 2005.

Shirley accomplished much through her life and was particularly proud of her family, children, grandchildren, and great-granddaughters.

Shirley enjoyed music throughout the entirety of her life singing and playing the piano for her church choir in Guelph and later with friends and family and singing in the choir at her retirement home, sewing and other needle arts, nature (hiking, camping, gardening/yard work), skiing, bowling, family activities, jigsaw puzzles, and games.

Shirley had many favourite sayings, but one that would probably sum up her overall philosophy in life was “Be good. But if you can’t be good, be careful”. One that was befitting to her was “good things come in small packages - and so does dynamite!”.

She will be most remembered for her love of family, beautiful smile, sense of humour, her resilience, strength of character, and her determination to be independent despite the challenges she faced in later years.

A private family memorial will be held, and a recording of the service will be available for family and friends.

The family would like to recognize Tim Bowen who made mom's transition to supportive living easier through his compassion and use of music. We extend our heartfelt gratitude to the staff at Holy Cross Manor for their exceptional care, particularly those in memory care and recreation. We would also like to thank the staff (and clients) at Dr. Vernon Fanning Centre RCTP for their care and compassion during mom’s final days.