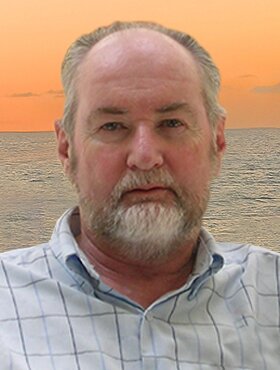 Please share a memory of Michael to include in a keepsake book for family and friends.
View Tribute Book

Mike Kelly beloved husband of 50 years to Sandra Kelly, peacefully passed away on Monday March 21, 2022, at the age of 81.

Mike was born in Winnipeg, MB, on March 16, 1941. The son of a geologist and a schoolteacher, Mike spent time and lived in Winnipeg, Calgary, and Los Angeles. He married the love of his life, Sandra Kelly, on March 27, 1971, and called Calgary his home.

Although Mike presented himself with a serious exterior, he enjoyed occasionally slipping jokes into conversations when no one would expect him to. Keeping a sly grin as the rest of the room filled with laughter. When he had the opportunity to retire, he used that time to travel to sunnier locations, or off to one of his favourite quiet locations in BC for a low-key week. Prior to his retirement, Mike enjoyed getting out to the mountains to go skiing.  As the saying goes, he enjoyed the long run back to the chalet. Mike was an avid curler and serious curling fan. He would make sure to watch the tournaments and to share his own thoughts on what the best strategy of the moment would be. Mike also spent time volunteering at the YMCA, making sure other people would be well taken care of as they came in.

Besides his loving wife Sandy, Mike is survived by his only son Ian Kelly of Calgary, AB, as well as his nieces; Kelly Pornaras and Michelle Peach (Steve Coulter) of ON; and his niece and nephew Paige Boudreau (Eric) and Drew Bonnetta of Calgary, AB. Mike was predeceased by his parents, Russell and Hilda Kelly, and his sister Sharon Peach.

A private ceremony will be held by the family in the coming days. Condolences, memories, and photos may be shared and viewed here.

The family would also like to extend their gratitude to the many medical professionals who cared for Michael over the years including; Dr. Cieslak, Dr. Shafey, Dr. Gill, and especially to the staff of Unit 73 at the Rockyview Hospital for their kindness.

If friends so desire, memorial tributes may be made directly to a charity of your choosing to honour Michael.