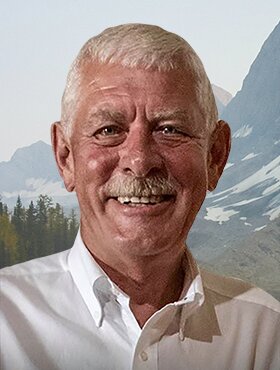 Please share a memory of Grant to include in a keepsake book for family and friends.
View Tribute Book

It is with grateful hearts, and wonderful memories, that we announce the passing of Grant Anthony Fox. He passed away on March 17, 2022, at the age of 69.

Grant was born on June 13, 1952, in Medicine Hat, AB, to parents Alfred and Mary Fox, and was raised with his three brothers. He is survived by his wife Sharon; children, Leah Fox (Phil Ksiazek), and Kent Fox (Sonya Paradis); brothers Harlow Fox, and Bruce Fox, sister Barbara MacWhirter and his granddaughter Kaja Ksiazek Fox. In addition to his parents, he was predeceased by his brother Dennis Fox.

Grant married the love of his life, Sharon, in Calgary in 1979, they then moved to several locations within British Columbia where Leah and Kent would complete their family. Grant worked as a manager at Finning and would later retire in Calgary. One of Grant's greatest accomplishments and joyful memories was building a lake house on Kootenay Lake, BC, with his father-in-law and brother-in-law. He was an avid outdoorsman, who loved to hunt and fish with friends and family. Grant was happiest when surrounded by loved ones on one of his many trips around the world. He enjoyed cooking and recreating meals he experienced on his travels.

Grant will be greatly missed by his friends and family, who take comfort in his memory.