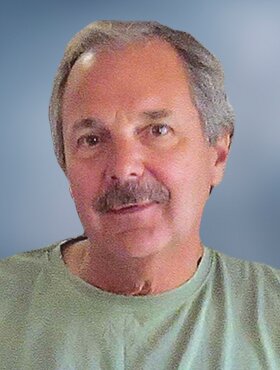 Please share a memory of William to include in a keepsake book for family and friends.
View Tribute Book

Jim grew up in Santa Monica, California. He joined the army in his early twenties and took part in the Vietnam war where he was stationed for two years. On his return he worked as a recruiter for the army before deciding to go to the University of Winnipeg, where he completed a degree in Archeology. His new career took him to Northern Manitoba where he had fond memories of working with the Aboriginal peoples to uncover precious artifacts.

Jim was an intelligent, motivated, and well-spoken person, after some time as an archeologist he enrolled at the University of Calgary to pursue a Masters of Communications. His education led him to employment with the Coal Association where he stayed for many years before becoming a Communications teacher at Mount Royal College. Teaching at the College brought Jim a lot of satisfaction, it was a positive change in his life.

He met Sharon — the love of his life — in 1984, and married her at their home, on May 25th, 1990. They had a strong and supportive relationship built on mutual respect and shared interests. They both loved warm climates, particularly in Arizona and Mexico, and went so often that Jim learned to speak Spanish. They also loved eating healthy, watching baseball together, and going for long walks — Jim especially loved walking, his feet carried him down countless Calgary pathways, through communities, and parks.

Jim was also a father figure to Sharon’s son Brett. They spent many weekends skiing in the mountains when Brett was young. He also coached and attended Brett’s numerous baseball games. Jim was a positive influence in Brett’s life and a strong bond was built over the years.

He also generously donated his time and truly enjoyed volunteering at the Kerby Centre and Glenbow Ranch.

In lieu of flowers, friends and family may make memorial donations directly to the Glenbow Ranch at grpf.ca or the Kerby Center at kerbycentre.com.

A private Funeral Service will be held at a later date. Condolences, memories, and photos may be shared and viewed here.