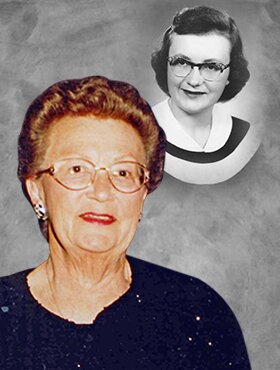 Please share a memory of Elizabeth to include in a keepsake book for family and friends.
View Tribute Book

With heavy hearts we announce the peaceful passing of Elizabeth Levy (nee Leimbock) on Thursday, January 20, 2022, at the age of 90 years.

Betty was born in Calgary, AB, to Mary and George Leimbock. She was blessed to divide her early years between her home in Bridgeland and the family farm, with many joyful memories made with her horse Prancer. Betty was an excellent student and academically soared, this was shown with her acceptance to the Pharmacy Faculty at University of Alberta, in Edmonton, and obtaining her Bachelor of Science in Pharmacy and Pharmaceuticals. While at U of A, Betty met the love of her life, Hugh Levy, also a pharmacy student. They married in 1954, moved to Calgary and together they built Bridgeland Pharmacy.

The following years were very happy ones for Betty and Hugh, with a growing family of three, a successful business and a great marriage. Betty’s children will be forever grateful for her strong love of family. Her kitchen was the hub of the house, where she excelled as a great cook. Her children remember coming home from school to fresh baked cookies and hugs. She was the glue that held everything together.

In retirement, Betty and Hugh spent many wonderful years in BC, where they happened on their second career as orchardists. Hugh always referred to Betty as his “water fairy” because she was in charge of the irrigation system. Betty was patient, kind, and had a great sense of humour, but most of all she was a sweet gentle soul.

Betty will be dearly missed by her two children, Donald (Susan), and Barbara; three grandchildren, Greg (Mandy), Christopher (Ashley), and Bruce; and two great-grandchildren, Evan, and Grayson. She will also be missed by her brother-in-law Doug (Cathy), nephew Stephen (Annette), and two nieces, Sarah, and Dawn (Blaine). Betty was predeceased by her beloved husband Hugh, son James, and son-in-law Jim “Ferg”.

A private family service will be held. Condolences, memories, and photos may be shared and viewed here. If friends so desire, memorial tributes may be made directly to the charity of the donor’s choice.

The family would like to extend their deepest gratitude to Dr. Shergill, the nurses, and caregivers at Evanston Grand Village for the excellent care they provided.