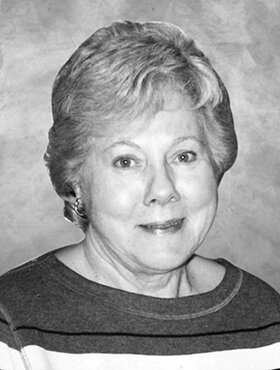 Please share a memory of Marion to include in a keepsake book for family and friends.
View Tribute Book

Marion was born in Calgary, and she grew up with the city. She attended elementary school in Forest Lawn. She then attended middle school at the first Montessori school in Calgary, run by Mrs. Potts. Marion finished her senior studies at Western Canada High School.

After high school, Marion trained as a stenographer at Hollingshead Business School. Her first job was with Phillips Petroleum. After working for various oil companies during the 1950s, Marion changed careers, and she began working in the music business. She worked at Perry’s Musical Sales, Bentley’s Music, Glenn’s Music, and she finished her career as manager of the A&A Records store in the Chinook Mall.

Marion married Gilbert Grose in 1967. They lived in West Hillhurst for almost fifty years in a house that had been built in 1912 and had been bought in 1935, by a member of Marion’s family. Marion and Gilbert kept a beautiful home, both inside and outside. They were great supporters of the Calgary Stampeders football team, and they were season ticket holders for many years. They never missed attending the yearly Calgary Stampede and the grandstand show.

Marion loved handcrafts of all kinds; she finished many colorful and intricate needlepoint canvases. Marion also loved to cook, and she was always on the ‘lookout’ for new and tasty recipes. In the days when organizations did door to door canvassing, Marion always volunteered to be an area captain. When she was 91 years old, Marion moved to the Lodge at Valley Ridge.

Gilbert and Marion had no children and Gilbert passed away in 2016. Marion was also predeceased by her parents, Harry and Bertha, and by her siblings, Elsie, Ron, and Hilda. Marion is survived by several nieces and nephews.

Her family wishes to express thanks to the staff at the Lodge for their kind help to Marion. The family also wishes to express thanks to the staff in 2West, at the Vernon Fanning Centre, and to the staff in the Foothills Hospital emergency department and the tenth-floor surgical unit, who helped Marion during the last month of her life. At Marion’s request there will be no funeral service. Condolences, memories, and photos may be shared and viewed at www.calgarycrematorium.com