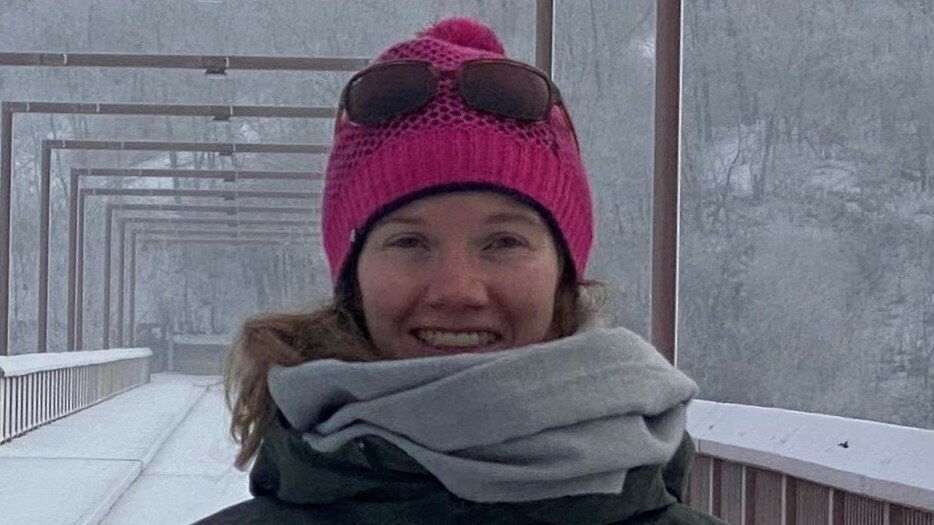 Please share a memory of Anna to include in a keepsake book for family and friends.
View Tribute Book

Anna was a determined athlete. Born during the 1988 Calgary Winter Olympics, she thrived on athletic pursuits from biathlon to triathlon. Marathons, half-marathons and 10km races were a big and frequent part of her life. She was a dedicated Nordic skier, camper, yoga practitioner, trail runner, hiker and anything outdoors-er.

She lived in Calgary Alberta, Victoria BC, Field BC, Trois-Rivières Quebec, Banff, Waterton and Edmonton Alberta. Anna’s personal aim was to “live well in your place”. And she really did live in all those places of residence.

Anna graduated from William Aberhart High School in Calgary, and from the University of Victoria with a degree in sociology.  At the time of her death, she was a master’s (MA) student at the University of Alberta, Faculty of Science, Earth & Atmospheric Sciences, where she was studying the human impacts of forest fires.
Described by one relative as “not just lovely but fascinating”, Anna was in lively engagement with this world throughout her nearly thirty-four years.

Always on a modest budget as a seasonal employee, she found the best tea in Montana (“Evening in Missoula”), a pirate-costumed run in Tampa, Florida, yoga retreats in Costa Rica and Fernie, BC, and experienced camping in Maui.
She saw her purpose as helping people understand and appreciate their natural surroundings. She worked in Yoho, Banff, Waterton and Elk Island national parks with Parks Canada as an interpretive guide (Interpretation Officer). On her own initiative, she was involved with the US-based National Association of Interpreters, receiving the Certified Interpretive Guide designation in 2017, and attending conferences and courses at various locations in US parks.

She found numerous adventures on Vancouver Island and the BC Gulf Islands; érablières and ice-fishing expeditions in Trois-Rivières; ranches, yoga studios and trail running groups in southern Alberta; ravine bicycle trails and patio drinks in COVID-stricken Edmonton; and good friends everywhere.  She continued to live deliberately well as a cancer patient in Edmonton, joining Young Adult Cancer Canada (YACC) for game nights, a ghost walk, online yoga, scavenger hunts and chats with “people who get it”.

As recently as November Anna’s cancer journey had hope and excitement for the future along with the unavoidable pain and suffering. This was in no small part due to the strength and optimism she showed in the face of these challenges. A sudden and aggressive wave of cancer ultimately outpaced her oncology team during the final weeks of 2021. In accordance with wishes expressed soon after her diagnosis, Anna moved from Tom Baker Cancer Centre to the care of the Rosedale Hospice in Calgary.

Anna leaves her heartbroken parents, Richard Dahonick and Margot Hordern, brother Simon Dahonick (Mariya Balyuta) and dear friend and sidekick in life’s adventures, Curtis Pine. Also left to grieve her loss are aunts, uncles, cousins and friends across the country and outside Canada.

Condolences, memories and photos can also be shared and viewed here. Based on your knowledge of Anna, in lieu of flowers, please contribute to the charity that you find most meaningful (we’d love to hear about it!).

If friends so desire, a legacy fund has been made in Anna's honour with YACC.  You can contribute to that fund here: https://youngadultcancer.akaraisin.com/ui/04A4B460280E4AA48A0806D1B69CCCBF.

We will gather to celebrate Anna’s life when circumstances permit. Stay in touch. Thank you to all those who have sent their love and support since Anna’s cancer diagnosis. It is deeply appreciated and will not be forgotten.