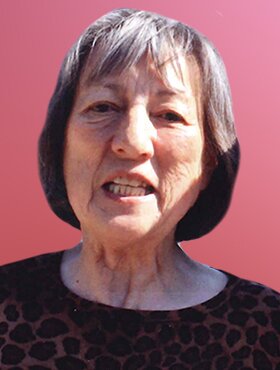 Please share a memory of Cicely to include in a keepsake book for family and friends.
View Tribute Book

Cicely Beskal nee Takaoka was born November 9, 1934, to Kunichi (Frank) and Cicely Takaoka in Calgary, AB, and passed away on December 30, 2021, with her family by her side.

Known to her family and friends as Ciss, she grew up in downtown Calgary. Ciss developed a passion for horses during her teenage years as she could regularly be found tending to them at the Anderson Stables or out horseback riding with her friends across the hills, which would come to be the developed Calgary landscape.

Ciss graduated from Western Canada High School, and these years were highlighted by her time spent as a member of the Omega Zeta Chi sorority. Her educational journey would see her complete business college, which enabled her to begin her career as a bookkeeper with Robin Hood Flour. Ciss married Metro (John) Beskal, and shortly after they began their family with the birth of their son Calvin.  Cicely would resume her career but chose to transition into the medical field as a member of the Admitting Department at the Holy Cross Hospital. Ciss and John’s family grew over the next few years with the arrival of Tamara and Kim. Ciss was a homemaker until her children reached school age, and then returned to the workforce. Her career took her to the Alberta Children’s hospital where she would become the Admitting Manager. A position she would hold until her retirement in 1994.

Family adventures were a common occurrence for the Beskals. Ciss and John would pack up at least three kids, two dogs and usually a few friends into an 8-foot camper and head out to the mountains and prairies for camping and fishing trips. As the family grew up in age and size, the adventures continued and Ciss was always up for a new challenge. She even learned to ski at the age of 40!

Sadly, John suffered a major stroke in 1998 and required long term care. Ciss became John’s advocate and caregiver and took on these incredibly difficult responsibilities with the same passion and determination she had shown throughout her life. Her love for John was never more evident then during these years.

Ciss always stayed busy as she enjoyed knitting, gardening, watching sports, and listening to music along with a good glass of chardonnay. You could guarantee while doing any of these activities she always had one of her many four legged friends loyally by her side.

Ciss was the hip Mother (Ma), Granny, Gigi, neighbor, and friend she was the person anyone could talk to about anything liberally and without judgement as she always had an open mind.  Recently, she bravely moved from her family home of 56-years to reside at The Edward. She settled in quickly as all the staff and residence welcomed her with open hearts. She loved living there.

Cicely overcame many obstacles in regard to her health as well as other challenging situations throughout her life. She always met these challenges so with elegance, grace, and courage.

The family would like to thank all the healthcare teams that provided care over the years, and to the staff and residents at The Edward.

As per Cicely’s wishes there will not be any funeral services. She would always say “there is only two and a half glasses in a bottle wine.” With that in mind, we invite you to have a toast in Ciss’s honor.