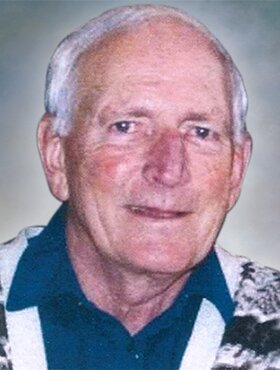 Please share a memory of Duncan to include in a keepsake book for family and friends.
View Tribute Book

Duncan was a true Calgarian, born and raised, coming into the world at the Calgary General Hospital early in 1929, and leaving it just shy of his 93rd birthday.

Growing up in Sunnyside with older brother Jim and younger sister Pat, Duncan had a happy childhood with plenty of adventure. He excelled at gymnastics, swimming and he bicycled everywhere: to and from school as well as delivering newspapers and groceries. Sometimes he took the trolley to Bowness Park to swim in the lagoon. Duncan was an avid reader, often reading by flashlight under the covers late into the night. As a teenager, his independent streak led him to hop a freight train leaving Calgary to pick fruit in the Okanagan and hang around the pool hall with Jim, where they honed their game to “pool shark” status.

After a year of Engineering at UBC, Duncan began his career as a “computer” on a seismic crew, working his way up to geophysical interpreter and party chief. This required him to travel all across the prairies and Northern Canada, including Regina, where he met and married the love of his life, Helen. Soon the family grew by four kids, all living in a small trailer in order to move around to different rural work sites. In 1960, they moved into their newly built home in Calgary, just in time for the children to start school. Travel sometimes took him away from the family, and Duncan wanted more time off in the summer to enjoy family camping trips. He decided on a mid-life career change to become a high school English teacher. While still working full-time, Duncan enrolled at the University of Alberta, Calgary Campus (now U of C), and graduated with a BEd in 1967. Before he could start teaching, the oil industry made him an offer he couldn’t refuse! Duncan continued working in geophysics and eventually entered a successful consulting partnership with Lundberg and Goodwin. He was able to retire early to pursue his hobbies of golf, travel, and winemaking. Duncan and Helen split their time between Calgary and their vacation home in Whitefish, Montana. They enjoyed visits from family and friends, skiing in winter, and swimming and golfing in the summer. For many years, they also spent some winter months in warm places: New Mexico, Arizona, Texas, Australia, and New Zealand, always golfing wherever they went.

Duncan eventually slowed down when he was diagnosed with Parkinson’s in his mid-eighties. He was able to live at home with Helen’s care until he left to reside at Carewest Colonel Belcher in his final eighteen months. Due to the pandemic, it was difficult to have visitors, but thankfully he was able to meet his great-grandson outside this past fall. Duncan was a generous, articulate man with a gentle smile and a dry sense of humour. We will miss seeing him look up from his book with a smile and a clever quip or thought.

The family would like to thank the staff and caregivers at Carewest Colonel Belcher.

If friends so desire, memorial tributes may be made directly to the charity of the donor’s choice. Condolences, memories and photos can also be shared and viewed here.