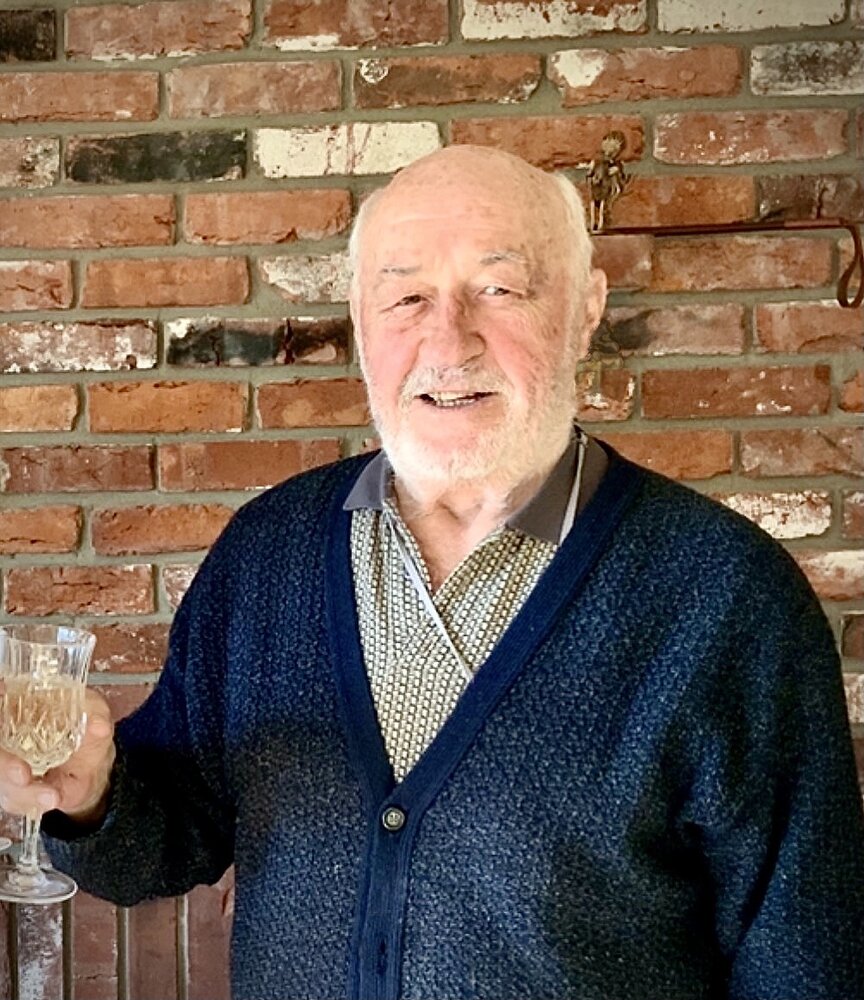 Please share a memory of William to include in a keepsake book for family and friends.
View Tribute Book

Bill Tajcnar of Springbank, Calgary, Alberta, beloved husband of Shirley Tajcnar and father to Kevin, Lia and Neil, father-in-law to Val and Larine and grandpa to Alexander and Jonah, passed away peacefully on December 12, 2021, just before his 81st birthday.

Bill was born Dec 30,1940 in Lethbridge Alberta. His parents were new immigrants from the former Czechoslovakia. Bill grew up in a lively family of eight on a farm in Barnwell. When his daughter Lia recently asked him who was the quiet one in the family growing up, she was surprised by his answer. He said he was and explained that he would often bring books with him to read quietly, and he kept that love of reading, devouring spy and mystery novels all his life. He went to high school in Taber. The Gabriel and Anastazia Tajcnar family connected with their community through working hard, helping each other out and living the good life through sharing delicious and plentiful meals with spirited discussions and music. Bill would fondly recall the wonderful parties of his youth where family and friends gathered to play music and dance, especially polkas and waltz’s.

Dance, Eat and be Merry!

Bill obtained a BSc degree in mathematics, a teaching diploma from U of A, and a diploma in education administration from U of C. Bill’s outgoing personality and excellent driving skills were put to good use during his university days, doing summer work driving tour buses for Brewster in the Banff Lake Louise area. Bill and Shirley met at U of A and were married on April 20, 1965. They took their young family to Africa from 1969 to 1974 where Bill, under the auspices of the Canadian International Development Agency, taught at a teacher training college in Ghana, West Africa. Bill and the family all have special memories of their time in Ghana, where Bill honed his ability to eat super spicy food.

Bill and Shirley built their home in Springbank in 1975 so that the family could grow up in the country. They always had lots of pets including horses and they had a shared passion for gardening with a large vegetable patch…Bill always in charge of the potatoes.

He taught high school mathematics in several high schools in Calgary, and, during a long-lasting teachers strike he and a teaching colleague started a backhoe business, which they operated summers and weekends for several years.

The family would often spend part of their summers camping and fishing. Bill and Shirley continued to enjoy camping, first in a Volkswagen bus and then in a fifth wheel. Bill had many memorable fishing adventures with his brother Frank and brother-in-law Harry.

Bill and Shirley have always been active members of the Springbank Community. Bill was one of a small group of Springbank residents who worked tirelessly to bring about the building of the six sheet Springbank Curling Facility. Bill also served as president of the Springbank Curling Club for nine years and worked to keep the space in use for curling during difficult economic times. He was an avid curler and he enjoyed meeting up with neighbors and friends on the ice and off with many late-night socializing sessions of Liar’s Dice. Bill was a founding member of the Springbank Lions Club, serving in different roles including being on the board of directors and vice-president. He took part in many volunteer activities, especially enjoying working at the various casino fundraisers.

He and Shirley were active members of the Springbank Heritage Club, where he served as Club President for two years. They both loved dancing together at parties and community dances.

Bill was a good patient and had a great rapport with the healthcare professionals who looked after him. He enjoyed meeting new people and he always had time for a joke with the nurses.

The family would like to sincerely thank his medical team, especially his primary physicians, Dr. Unryn, Dr. Keeley from the Cardiac Function Clinic and Dr. Kahlon from the Nephrology Division and all the staff on unit thirty-seven at the Foothills Hospital. Special thanks go to his nurses Robin from Nephrology and Maria from the Cardiac Function Clinic whose compassion and care made such a difference in supporting Bill and his family deal with his medical challenges. We would also like to thank Bill's nephew, Ken Poznikoff and his wife Kristine, who generously provided rapid testing for all attending the service .We appreciate the professionalism and compassion our healthcare workers bring in ever more challenging circumstances. We would also like to acknowledge the excellent service provided by the Rocky View Community Bus.

The family would like to acknowledge with gratitude the support of his Calgary-based family, nephew, David and Marion Shill and their children, Isla and Adam, niece, Sheri Allen and her children, Aldo and Juliet and his nephew, Mike Allen.

Unfortunately there are times when the internet connection at the venue or where you are viewing from may cause interference and buffering.

We apologize if this is the case with today’s live-stream but we want to assure you that this service will be recorded and uploaded following the service.