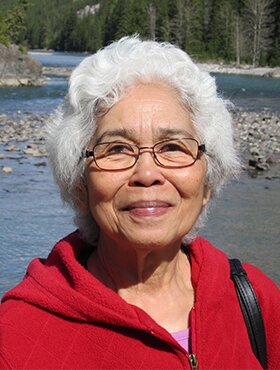 Please share a memory of Dolvis to include in a keepsake book for family and friends.
View Tribute Book

Dolvis Goulbourne passed away on Saturday, November 20, 2021, at 2:48 PM with her son by her side and surrounded with her memories and belongings.

Dolvis Deloris Goulbourne (nee Chin) was born October 1, 1937, in Maypen, Clarendon, Jamaica, WI to Christina Elliott of Pleasant Valley, Clarendon, Jamaica and Edwin Chin of Hong Kong, China. She was one of six children born to Christina and Edwin. Dolvis' father Edwin passed away when she was only three years old and her sister Effie (Ivy) raised her from 8 years old. Her mom Christina Elliott later remarried and had more children.

In the early 1960’s Dolvis followed her sister Deta to England to attend nursing school at Dreadnought Seamens Hospital to become a registered nurse. In 1962 she married Arnold Goulbourne and had three sons David, Stephen, and Christopher. She was a caring and dedicated mother to the boys, and a religious lady. In 1970 she immigrated to Toronto Canada to raise her family. Then in 1980 Dolvis moved to St Albert, Alberta to continue raising her family. In summer of 1989 Dolvis and youngest son Christopher travelled to New York to visit family and had a great time there. That high was replaced with the deepest pain a parent could experience. Dolvis lost her son Christopher, the baby of the family in November 1989 due to a car accident. The following year she moved to Los Angeles however couldn’t stay away from Edmonton and returned briefly before settling in Surrey, BC, with her son Stephen, his wife Jackie, and their growing family. In the early 2010’s, Dolvis began having heart problems and later that same decade was diagnosed with Hypertrophic Cardiomyopathy which has many side complications. At the time she was still in Surrey BC near Stephen and his family but living in her own home. As the condition progressed and it was getting more difficult, she moved to Calgary in 2018 to be with her son David.

Dolvis was a gentle and caring person. She was a superb cook. Family was important to Dolvis. She loved her boys and was a proud grandmother. She spent a lot of time with her grandchildren.

A Private Funeral Service will be held, on Tuesday, November 30, 2021, at 10:30 AM, MST (Calgary Alberta). Family and friends are invited to join Mrs. Goulbourne’s service streamed live (see below) on the day of the service. Condolences, memories and photos can also be shared and viewed here.

The family would like to thank all the medical staff in BC and AB that helped take care of Dolvis. If friends so desire, memorial tributes may be made directly to a charity of your choice.