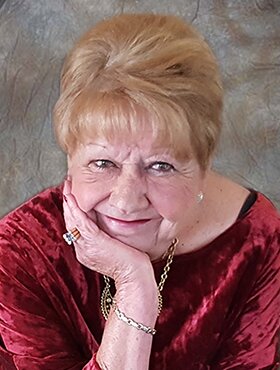 Please share a memory of Donna to include in a keepsake book for family and friends.
View Tribute Book

Donna Zedic, beloved wife of John Zedic, of Fairmont Hot Springs, BC, passed away on Thursday, November 18, 2021, at the age of 70 years.

Donna was born in Calgary, AB, on July 18, 1951. Donna married John Zedic in 1978 and they moved to Fairmont Hot Springs in 1993 to retire. She was a member of the Fairmont Hot Springs Ladies’ Golf Club at Mountainside Golf Course and was particularly proud of being both the Ladies’ Club Champion and the Ladies’ Senior Club Champion. Donna had a passion for raising flowers and plants, every spring, every year without fail she tended to her garden. Her most memorable vacations were the many times she travelled to both Maui and Palm Desert. Donna’s favorite pet was Casey Jones her purebred American Cocker Spaniel. She will be most remembered for her great smile and always being up for family and friends!

Besides her loving husband John, Donna is also survived by her two brothers, Richard of Airdrie, AB, and Jim of West Kootenays, BC, sister Sue of Calgary, AB, and sister-in-law Lena of Airdrie, AB; two nieces and their husbands, Larissa and Geoff along with their children, Devin & Payton of Invermere, BC, and Tara and Oliver of Didsbury, AB; three nephews and their wives, Matthew and Ginny, Jay and Alison and Colin and Nina all of Calgary, AB.

Donna’s friends, inherited families and trades persons throughout the east Kootenays, Calgary, Hawaii, Palm Desert, Saskatchewan and Ontario who have survived her are celebrating Donna’s life each in their own special way.

Donna was predeceased by her sister Barbara in 1949, her father Jim in 1979 and her mother Catherine in 2014. If friends so desire, in lieu of flowers, memorial tributes may be made directly to Invermere Hospital, British Columbia at In Memory - EKFH. Condolences, memories and photos can also be shared and viewed here.