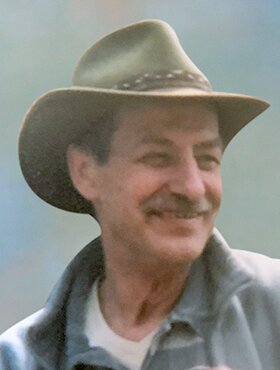 Please share a memory of Norbert to include in a keepsake book for family and friends.
View Tribute Book

Norbert, Manfred Alheit,72, passed away on October 31/2021 from a lengthy illness at the Chinook Hospice in Calgary, AB.

Norbert was born in Kassel, Germany, March 6,1949 to his parents Anna and Walter Alheit. The family immigrated to Calgary, Canada in 1957.

Norbert attended school in Calgary where he was part of a soccer league which won many awards over the years. He also enjoyed playing basketball and took part in many other sporting events.

Upon graduating high school, he worked in a variety of jobs, such as factories, retail, front desk clerk in hotels and delivery truck driver for a recycling plant. His most recent employment before retirement was at Southern Alberta Institute of Technology (SAIT) in the maintenance department, where he spent several happy years.

A couple of years later into his retirement he became gravely ill and endured multiple hospitalizations and surgeries. His brave and courageous battle ended October 31/2021.

Norbert was well known for his excellent work ethics and was liked by everyone. He also had a wonderful sense of humour and enjoyed playing pranks on everybody.

Norbert also had a very kind heart towards animals and enjoyed a variety of different pets in his life.

He will be missed by many people who had the privilege of knowing him.

Norbert is survived by his partner Aija, his Sister Inge, two nieces, and his brother Egon.