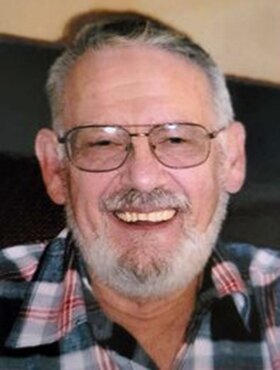 Please share a memory of Bob to include in a keepsake book for family and friends.
View Tribute Book

With heavy hearts we announce the passing of Robert (Bob) Knight on Sunday, October 24, 2021, at the age of 74 years.

Bob ventured to Western Canada as a young man where he lived his remaining years.  He never lost his passion for the beauty and wonder of nature which was shown by the smile on his face and the excitement in his voice when he talked about it.  He was full of stories of his many travels in the west.  Bob enjoyed the company of his close friends whether that being playing pool or cards, camping or having a coffee and sharing stories.  He had an extensive book and video/CD library which he enjoyed.  Bob cherished his time spent with family whether by phone or while visiting with family in Alberta and Ontario.

Bob is survived by his siblings Tom (Marijean) of London, ON, Bev (Annette) of Amherstburg, ON, Karen (Rod) Orange of Bluffton, AB, Fred (Nancy) of Chatham, ON, and Shawn of London, ON. He is also survived by   many nieces and nephews throughout Alberta and Ontario.

Bob was predeceased by his parents, Louise (Martinson) and Wilfred Knight and sister Pat (Rick) Solway and brother John Knight. Bob has been cremated as per his wishes Condolences, memories and photos can also be shared and viewed here.

The family would like to thank Rick, Glen and all the staff at Mineral Springs Hospital, Banff for their compassionate and stellar care and thank you to the staff at Brentwood Care Centre, Calgary for their care in his final weeks and days.