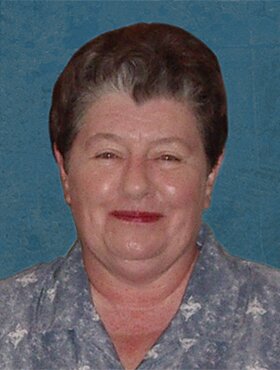 Please share a memory of Janet to include in a keepsake book for family and friends.
View Tribute Book

Janet was born in Madoc, Ontario on May 1, 1951 and moved to Calgary, Alberta in 1970.  She married and had two children, Heather and Paul and spent the rest of her life in Calgary.

She will be most remembered for her kindness, loving of her family and her love of holidays.  She lived for Christmas; collecting little thoughtful gifts for her loved ones throughout the entire year.

Janet is survived by her son Paul Jones; her daughter Heather Jones and son-in-law Thien Truong; and her two granddaughters, the apples of her eye, Lily and Holly Truong all of Calgary, Alberta.

Janet is also survived by her brother and sister-in-law, John and Rose Nayler of Ennismore, Ontario.  As well as her sister-in-law Kathleen Jones of Edmonton, Alberta.

Janet is predeceased by her mother and father-in-law, Frances and Robert Millen of Peterborough, Ontario as well as her Father Bill Nayler of Madoc, Ontario.

Janet, a loving mother, grandmother and sister will be missed terribly.  A private family celebration of her life has taken place and her memory will be cherished forever.