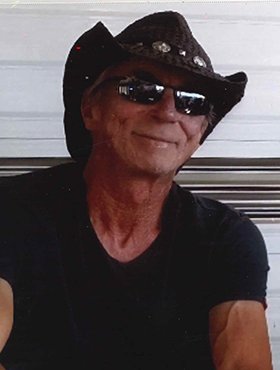 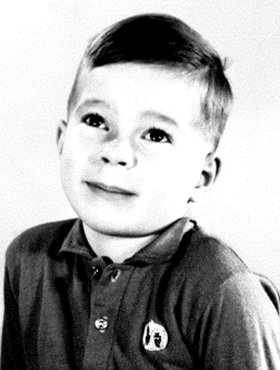 Robert (Bob) Livingston, beloved husband of Cindy Livingston (nee Monk) of Calgary, passed away on Friday, July 2, 2021 at the age of 63 years.

He was adopted by Marion Livingston (nee Bell) and Mike Livingston. Sadly, Bob’s adoptive parents became ill and were unable to care for Bob at a fairly young age. He then went to live with Aunt Bea in Saskatchewan. He had fond and mixed memories of this time in his life. When he was a teenager having him became too much for Aunt Bea as well. Not that Bob was difficult she was just getting old. Luckily for Bob his sister through adoption Sharleen, took him in and he lived his remaining informative years, finishing school etc. with her, her husband Dennis and her four daughters Maureen, Alana, Colleen and Holly. These girls became like sisters to him as they were all around the same age. Bob finished his Grade 12 and received a Chemical Applicators license from Bow Valley College around 1979.

He did the Chemical Application work for a while but was concerned for his health and didn’t keep it up.

He eventually got in to Exterior work on homes and spent the most years of his life siding houses and teaching some others a trade. He finished up his working life driving a three-ton truck around Calgary and Alberta. This was at least a less physical job for him as he got older and he seemed to enjoy it quite a bit. Bob was really looking forward to retirement. Plans were in the works, this is the saddest thing, he never did get to enjoy his retirment.

Bob was passionate about music, he played drums and guitar and he sang. When not playing he just listened to a wide variety of genres in the end. Music meant everything to Bob.

Bob played on a pool league for many years. He made so many long-time cherished friends there that are still his friends today.

Bob also loved his pets. He might say he didn’t like Kitty Max but you know he loved him. He was devastated at the death of both of his precious dogs Lucky and Maddie.

He will be most remembered for his kindness and willingness to help anyone. He was a most loyal husband, father, grandfather, uncle and friend.

Bob married Cindy in 1994, after six years of being together. They had 33 “Happy Years” together that wasn’t enough.

Bob “Stepped up to the plate” when he married Cindy and became the loving supportive step dad to Jasmine and Natasha.

Besides his loving wife Cindy, Bob is survived by his two daughters Jasmine Leys and Natasha Sheremeto; two Son-In-Laws, Brent Leys and Jeff Thompson; six grandchildren Kailey and Danielle Leys, Logan, Austin and Chloe Thompson and Avianna Sheremeto; he is also survived by his four nieces Maureen, Alana, Colleen and Holly and numerous Grand and Great Grand Nieces and nephews too numerous to name. Absolutely not least Aunt June.

Bob was predeceased by his Mother Marion, Father Mike and sister Sharleen all before his thirties. His Mother in Law Evelyn was the only Mother he had for many years and sadly she also passed away last September and he was still grieving her.

Family and friends are invited to join Mr. Robert Livingston's service streamed live (see below) on the day of the service. For those who are unable to view live, a recording of the service will be posted. Condolences, memories and photos can also be shared and viewed here.

Thank you for joining us for the live-streaming of this event
(the event start time on our video player has automatically adjusted to match your time zone)
Our technical team does everything possible to ensure the best quality of the live-stream service.
Unfortunately there are times when the internet connection at the venue or where you are viewing from may cause interference and buffering.
We apologize if this is the case with today’s live-stream but we want to assure you that this service will be recorded and uploaded following the service.