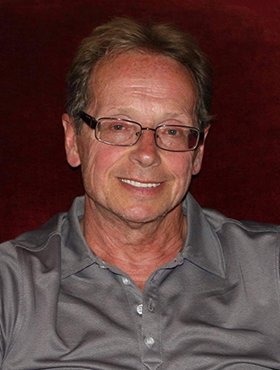 Terry beloved husband of Dawn Marie Fogo (nee Hart) of Calgary, AB, passed away on Wednesday, June 9, 2021 at the age of 66 years.

Terry was the first born to Ned and Gladys Fogo in Sydney, Nova Scotia on August 1, 1954.

They moved across Canada throughout his childhood living on various Air Force Bases. He ended up in Calgary when he was 16 years old and met the love of his life Dawn on his 18th birthday. They were married on March 29, 1980. They were blessed with beautiful twin girls Becky and Melissa on August 18, 1983. When Dawn returned to work November of 1983, Terry enjoyed his bonding time being the primary care giver to the girls, until July the following year. This is when he continued his apprenticeship to become a journeyman plumber.

Terry loved coaching the girls’ sports for many years, (ringette and soccer). His love for hockey started at a very young age. He joined a soccer team at 40 years old, enjoyed running 5K charity runs; he found a love for Yoga and working out at the gym. His favourite hike was Hiking Machu Picchu in 2014 with Phil.

Terry and Dawns favourite vacation was their first cruise taking them through the Panama Canal on their 25th anniversary. This was the beginning of their many travels throughout the years.

His passion was for Theater and Broadway Plays and supporting his Liverpool soccer team.

He will be most remembered by his love for family.

Besides his loving wife Dawn, of 41 years, Terry is survived by his two daughters, Becky (Bryan) Pierard, Melissa (Ashley) Gore; grandchildren Charlee, Presley, Sebastian and Elliot all of Calgary.

Terry is also survived by his loving sister Pam and brother Kevin of Victoria BC, sister Judy (Al) of Ontario; in-law’s Tracy and Brian, Roxanne and Grahame, Terri and Leyland, Joanne and Doug, Claire and Jim, Dixie and Wyatt as well as all his nieces and nephews and great-neices and great-nephews who referred to Terry as the fun uncle, aka uncle Treat; he is also survived by his mother-in-law Erna.

Terry was predeceased by his parents Ned and Gladys; father-in-law Garvin; mother-in-law Marilyn.

Terry will be remembered by all his loved ones for his great sense of humour.