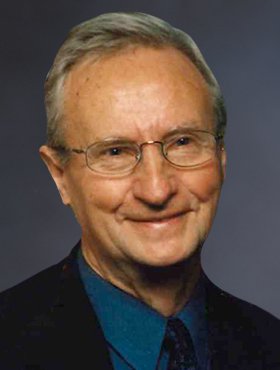 Bob Constable beloved husband of Loraine Constable (nee Lippolt) of Calgary, passed away on May 28, 2021, at the age of 88 years.

Bob was born in Coronation, Alberta, and lived in the small town of Bulwark, which is now a ghost town.

Bob and his family moved to Calgary in 1944. In 1969 Bob, Loraine and children moved to North Vancouver where they resided until 1976, at which time they returned to Calgary.

Bob was an active volunteer with the Calgary Stampede for 45 years. He was also a member of the Grey Cup Committee for many years and volunteered for the 1988 Olympics.

He was active with the Calgary Jaycees and was a Senator of the Canada Jaycees.

Bob worked for 45 years in the commercial food equipment industry.

Besides his loving wife Loraine of 62 years, Bob is survived by his children Debbie, Bruce , Dale Constable and Jodi Orr; he was extremely proud of his grand-children Emily Constable and Robert Chubb. Bob is also survived by sister–in-law Denise Lippolt.

The family would like to thank the staff of Unit 72 of the Foothills Medical Centre for their compassionate care of Bob.