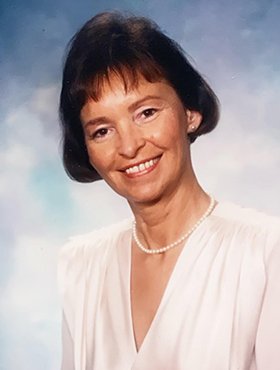 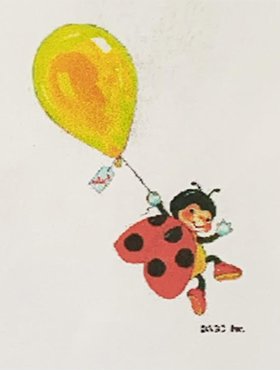 “This world is not conclusion,
a sequel stands beyond,
Invisible, as music,
but positive, as sound.”
Emily Dickinson

Marilyn was born in Edmonton to parents Lenora Gertrude Walker and Louis Christensen. She was raised with her sister Helen and brother Stanley, while her sister Lily Engells was raised in Denmark. The early years were spent developing a lifelong friendship with Pat Roney and the Carberry family. The Christensen family would move to Mountain Park in 1947 to pursue work. Marilyn was at home in the mountains. One of her fondest memories was a horseback riding adventure in the Rockies lovingly paid for by her Dad. She would return to Edmonton in 1955 and stay with her adopted family, the Carberry’s. There she would assist at a veterinary clinic and develop a compassionate love of animals – her puppies Lucky, Charlie, Tovuh and Tanner would approve. Marilyn had a tremendous love of reading and learning. During this time, she was also searching for deeper meaning in her life and would be confirmed Roman Catholic at St. Joseph's Cathedral Basilica in 1958. Over the years Marilyn would develop a strong faith.

In 1957, she would begin work with the Chamber of Mines and eventually move to Gunnar, Saskatchewan to work with her Dad in 1960. She loved riding in the cockpit of the plane to Gunnar. Louis would introduce her to the love of her life Bill Scotvold. They would marry on April 17, 1962 in Edmonton, AB. They would spirit off in a baby blue Parisienne convertible to California for their Honeymoon.

So bright, so new
Was the day I wedded you

Again, an April Day
So bright, so blue
Was the day I lost you

Oh!! April Days
Bright and blue
God has blessed us two
My name is “Hope”
I live on in you

Alive in memory – April Days are forever in my heart.

Marilyn and Bill would welcome the arrival of their son Darren William and return to Edmonton. The family would be completed with the arrival of their son Sean William, two years later. Life in the ‘Low Rentals’ of Edmonton would be challenging, Bill was studying Engineering, and Marilyn was lovingly caring for her two boys. Despite the humble start, their love of family and friends made this a truly special time with much laughter and fond memories. Upon Bill’s graduation, the family would move briefly to Sundance and Calgary before returning to Edmonton in 1975. They were so thrilled to purchase their first home in 1978. Marilyn and Bill loved to entertain family and friends at Christmas and Sunday dinner with Louis and guests was especially memorable – her Mom, Lenora would inspire Marilyn’s cooking! Marilyn and Bill were truly blessed with beautiful family and friends. All were welcome and accepted as they were. Reunions at the Scotvold Family Farm and with her Denmark relatives were a highlight as well. Meeting Mother Teresa was a special moment with an angel.  For Marilyn and family this time of life was so full of joy.

The sudden passing of her love Bill on April 1988 and later that summer of her father Louis, who she cared for with great love, would challenge the joy. Marilyn would mourn the passing of her husband and father with the loving support of her family and friends, and her strong faith - Father Frank Stempfle and Sister Norma Johnson would be her strength.

She continued living life with great compassion, caring and service. She would be caregiver and strength to many – including her great friend John Stephens and cousin Rick Walker. Ronald McDonald House would hold a special place in her heart. There would be fun times too. She loved travelling to Newfoundland and Nova Scotia, where she was heartwarmingly welcomed by the Lee family. She made several trips to Europe – the road trip with Helen, Lori and Sean to Denmark, to meet her sister Lily and family, was a dream come true. Mountain Park reunion was a wonderful return to her childhood. She loved to golf with her friends at Riverside and motor around in her White Prelude with the LADEBUG license plate.

Through all this time she was a constant with her other family ‘The Edmonton Sun’. She would retire at 65 with a memorable party with loving colleagues and friends. Not surprisingly she would receive a Service Excellence Award – ‘Customer service comes absolutely natural to Marilyn. She continually gets rave reviews, not only from Sun customers but from her colleagues, for her attitude and diligence in solving their problems’.

In 2009 Marilyn would suffer a stroke, and later would fight lung cancer as well as Alzheimer’s disease. She was a fighter to the end. She was supported through this time by Helen, Dawn and Cheryl in Vernon, and by the Scotvold family in Calgary. The family would like to thank the doctors, nurses and support staff at Cedars Villa Extendicare – the staff called her ‘Mom’ because she always cared!

Marilyn Scotvold will be remembered in love and prayers by her sons, Darren William of Edmonton, and Sean William (Luisa Hertzer) of Calgary; Lori, and three grandchildren, Joshua, twins, Jessica and Hanne. As well as, numerous nieces, nephews, cousins and friends.

Marilyn was predeceased by her husband William (Bill) Earl Scotvold on April 30, 1988.

Cremation has taken place. Due to COVID19 restrictions a mass and memorial service will be held later.

If friends so desire, memorial tributes may be made to  Covenant Foundation in support of Palliative Care at the Grey Nun’s Hospital, 3C60 – 11111 Jasper Avenue, Edmonton, Alberta. T5K 0L4 (780 342 8126)   www.covenantfoundation.ca