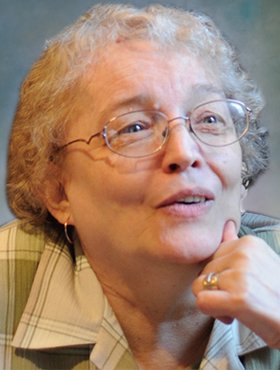 Esther Petty, the beloved wife of Donald Petty of Linden Alberta, passed away on Tuesday, May 4, 2021, at the age of 72 years.

Esther was born in Westlock, Alberta, on June 14, 1948. She spent much of her youth living in several communities before her family finally settled in Cranbrook, British Columbia. There she met and fell in love with Donald Keith Petty. They were married on May 3, 1969. Don and Esther celebrated 52 years of marriage before her passing.

The family was always Esther's priority.  She created a loving home for her husband and three sons. She spent many years working as a teller for the Royal Bank in Cranbrook. Wherever Esther was there was always a book close by. She was an avid reader and this love of reading lives on through her children and grandchildren. She was also an active member of the church and enjoyed volunteering in church activities.

Multiple sclerosis is an unrelenting disease that Esther started battling in 1986. Her stubbornness and determination kept her symptoms at bay, but ultimately this disease eroded her ability to indulge in the activities she enjoyed. In 2016 Esther moved into the Bow-Crest Long Term Care Home in Calgary, Alberta.

Besides her loving husband Don, Esther is survived by her three sons Philip, Darren, and Bradley, along with her two daughters-in-law, Stephanie and Genevieve. She also leaves behind three grandchildren Megan, Ryan, and Georgia.

Esther is also survived by her sister Ruth and brother David and numerous nieces, nephews, cousins, and friends.

Esther was predeceased by her parents Dudley and Pearl Rutter.

The family would like to extend its heart felt gratitude to the management and staff of the Bow-Crest for their attentive and compassionate care.