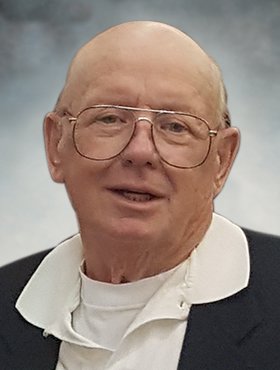 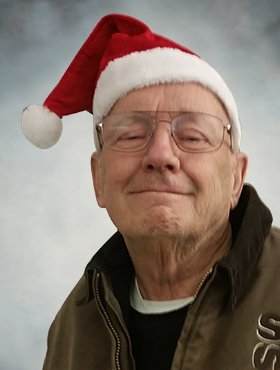 It is with deep sadness that we announce the passing of John Wutzke on April 18, 2021 at 8:15 am after a brief battle with ALS (Amyotrophic Lateral Sclerosis or Lou Gehrig’s Disease).  John was 79.  John was predeceased by Ferdinand ((Ferd) Father from Odessa, Russia), Verna (Mother from Tisdale, Saskatchewan), sisters Velma, Shirley, Phyllis, and Dorothy and brother Bob (all of Lethbridge, Alberta).  He is survived by his wife beloved June, daughters Cindy and Tracy and brother Gary.

John was born On August 1, 1941 in Lethbridge, Alberta and lived there until he was 16 where he moved to Calgary and lived with his sister Shirley.  John’s first job was driving truck for and ran afoul of the police who stopped the convoy he was leading.  The police officer told dad that he couldn’t run a convoy because it was too long for people to try to pass. He asked Dad to step out of the truck but everyone with him started shouting no.  When the door was opened Dad said he literally fell out of the truck because he was so drunk.  The officer was going to arrest him but again everyone started yelling not to.  When the office asked why they said because “He was the only SOB who knew where they were going”.  The officer let them go.  This was a time when directions were given like this:  Go north along highway X then turn at the purple house, go down the hill across the river, no bridge then turn at the corner where three trees are growing …. “.  You get the picture.

John spent his first years working at Cutler Manufacturing and after becoming a B Pressure welder worked at Nardei’s Welding shop, Nova in Calgary and Edmonton and lastly at Weatherford, plus many others in between.

John owned his own welding rig and spent time welding pipeline out in the field in Alberta and Saskatchewan in the 70’s, 80’s and 90’s.  We had to notify the fire department because Dad kept 100 gallons of gas in his rig along with oxygen and acetylene tanks.  One such time working in the field was at Nordeg where he worked 100 hours straight outside with a temperature of -60F.  He used a tiger torch to keep the air a little warmer around the back of the rig.  When he did go to sleep everyone walked around the rig telling everyone else to be quiet John was sleeping which he heard.

We got a dog and named him Frosty.  The only thing Dad said was “The first time he pees in the house he’s out in the snowbank.”  But guess who took water for him when they were driving around Calgary.  How did Frosty repay him?  One day he had Frosty with him and Frosty got so excited seeing him come back to the truck he hit the locks on the door, guess where the keys were …. in the truck ignition.  Dad spent half an hour trying to get into the truck.

When Mom was working for Action Door, they had a dog named Daisy.  Mom and Dad doggy sat quite often.  When Daisy passed away dad got her dog collar.  He has a picture of Pooka and always asks how his dog is doing., she is owned by a friend of ours.

Dad was a great teaser of everyone and often told stories of his time at Nova with other much younger colleagues welding pipe that would then be buried in the ground to bring oil, gas, natural gas etc. to the markets.   One such story he told us was when someone rigged to toilets to explode and Mr. Perky Standish went into the washroom instead of the intended victim.  He said he had never seen the shop empty so quickly.  It wouldn’t surprise us if Dad instigated that joke.  Another story was when he was teasing someone for running into something with a forklift only to have him run into the garage door the next day with a truck (they had to replace the door).  We would often bring food to the guys when they were working late and would sit with them and enjoy time with Dad and then go home.  John also obtained certificates in stainless steel, TIG, and MIG welding.

John, along with good friend Jim Myers, met June after her graduation in June 1960 at a BBQ at Marilyn Hergenhein’s house in Forest Lawn, Calgary.   At the time June was living with her brother Bill, his wife Joyce and their children.  Throughout his life John would spend time working and spending free time with Bill.  In December 1961 John proposed to June and they were married on February 10, 1962.  They moved into apartments on the corner of Bonaventure Drive and Heritage Drive where they met Mr. and Mrs. Ganton.  Even after moving we would often go to Mr. and Mrs. Ganton and he and Mr. Ganton would play crib.  They were fast and would do at least a dozen games before coming home.

Dad had an opportunity to work on the rigs in the Beaufort Sea but luckily decided not to.  The rig he would have worked on blew up shortly after his refusal.  Dad didn’t do many hot taps but when he did, he always made sure to kiss Mom and us goodbye just in case he didn’t come back.  When the girls reached grade 11 John had the opportunity to go work at Nova permanently but decided not to when the girls indicated they wanted to graduate in Calgary.

Growing up Dad and Mom made sure that we always had a fabulous Christmas and often Dad would get up with us at 2 or 3 in the morning and let us light the tree and open our stockings.  As we got older Dad always made sure we had a special gift just from him.

Dad always credited his home life and the raising of Cindy and Tracy to June.  He said that she made a home for him to come to when he finished work.

As we grew Dad always insisted on homework being done not waiting until the end.  Later in life John took some math classes.  Tracy got back at him by always asking if he had done his homework.  Unfortunately, he didn’t pass the class because he didn’t show his work but always got the answer right.  If you asked Dad about sin, co-sin, and tangent he would not understand what you were saying but could do trigonometry on the floor by drawing pictures and get the right angle and he could do calculus in his head.

After being medically retired in 1997 you could find Dad out in the garage tinkering with something or reading books on how to do something.  If you have ever visited our house he installed the all the floors himself along with the floors in his daughter’s house in Prestwick. He created a pass through from the kitchen to the living room.  He also installed the hard floors in a house across the street and was complimented by two workers who came in later and said they had never seen such fine floor installation.  All in all he was quite a handy fellow something which his daughter Cindy has inherited as she is always doing something too.  As matter of fact, he was so handy he drove for two days to Rochester, Minnesota to install a fence around Cindy’s garden to keep the rabbits out of her garden because the pepper spray on the plants hadn’t worked.  He was asked at the border if he was going into business.

Dad was diagnosed with ALS on February 1, 2021 which was confirmed on February 22, 2021.  Because of ALS Dad’s ability to walk deteriorated dramatically as well as his speech and swallowing capabilities.  He started last November at around 178 lbs. and when he passed away weighed 110 lbs.  Towards the end the risk of choking increased until he no longer drank or ate anything.

Tracy and I went camping near Bassano one night.  I had been up for about 36 hours.  Missy and tucker wouldn’t settle down in the tent, so we broke camp around 1 a.m. in the dark.  When we got back on the road Tracy’s GPS on her phone kept saying to turn around.  I pointed to our left and said we want to go that way.  We called Dad and said we can’t get to the highway and we either needed him to come get us or to give us directions.  Which was go down the road and make a left at that tree. We got home around 3 a.m.

Saturday, the day before his passing, I had a brief discussion with Dad told him that if he was tired, he could leave us when he wanted, and we would keep his memory and love in our heart and would see him again when all this mess was over with.  I told him he had taught us well and we would take care of Mom.  For Dad it was always him and his three girls.

Dad passed away quickly at 8:15 on April 18, shortly before his family arrived to be with him.  The staff on Unit 58 at South Health Campus made sure he didn’t pass away alone, and we are deeply grateful and appreciative of all their efforts in taking care of him.

If you have any stories about Dad we would love to hear them.

We know all your thoughts are with us and we are extremely grateful for your prayers.  At this time there will be no funeral or gathering held.  Dad will be cremated, and a memorial will be held at some future date when we are all able to gather to celebrate his life.  He is to be buried in Queen’s Park in Aunty Eileen’s grave where Mom will be interred when it is her time.  He will be close to his Mom.   In lieu of flowers we would appreciate donations be made to the ALS Foundation.

P.S.  Dad, I found your wallet, thanks for the slurpees.  Sorry Mom has the change.  Cindy