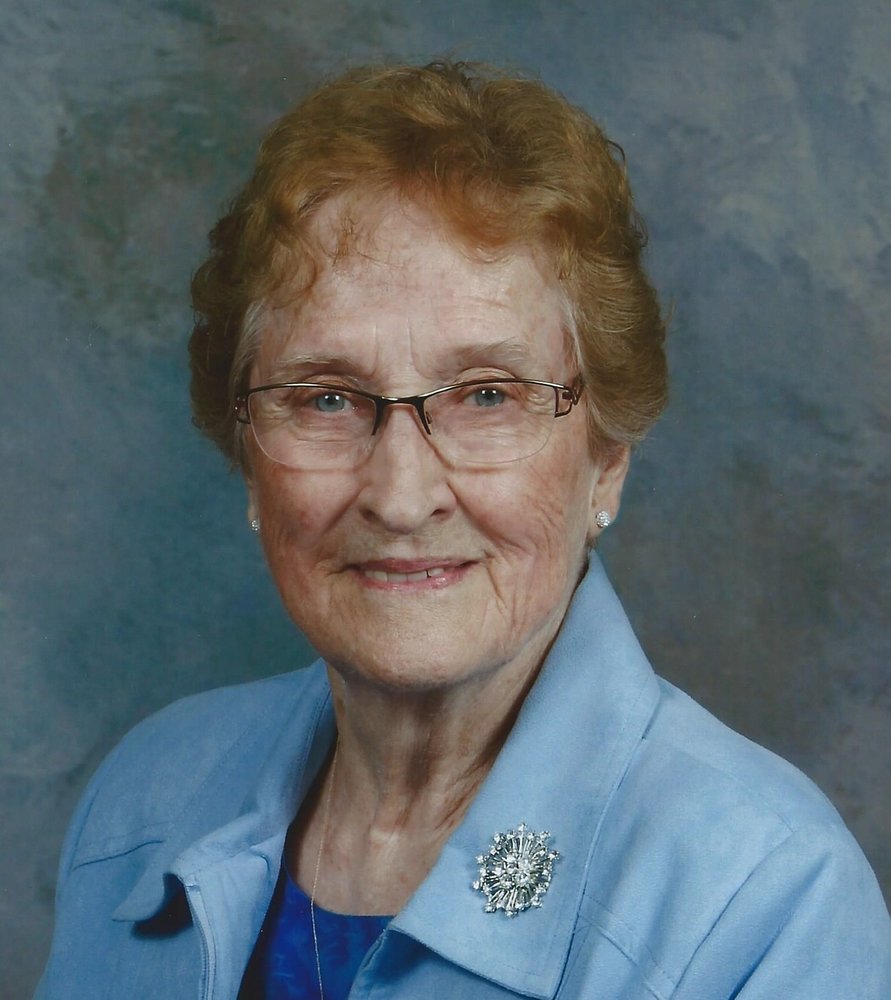 Doreen was born in Minitonas, Manitoba to William Russell Henderson and Minnie Danard on June 21, 1933. Doreen married Jack Edward Stannard on September 2, 1953.  Together they raised two sons, Craig Edward Stannard and Wray James Stannard. The family lived in several small communities on the Canadian prairies over the years, as Jack pursued his career as a rural bank manager. Doreen worked at several different jobs in these communities. Every time they moved; Doreen was quick to make everlasting friendships in their new hometown.

Doreen enjoyed many hobbies such as knitting, crocheting, sewing, gardening, baking and was a wonderful cook. Doreen was active with the church community, donating much of her time to church functions and singing in the choir. She also volunteered at the Tom Baker Cancer Centre and the Foothills Hospital for many years.

In lieu of flowers, a memorial donation may be made to Canadian Cancer Society. The family wishes to extend their sincere gratitude to the staff of Mayfair Care Home for the excellent care they provided to Doreen.

A small private service will be held with immediate family. Doreen will be interred with her husband Jack, at the Mausoleum at Queen’s Park Cemetery.