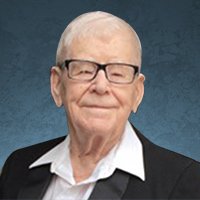 Walter Zygadlo beloved husband of, the late Stephanie Zygadlo (Kraska) of Calgary, Alberta, passed away on Saturday, March 27, 2021 at the age of 95 years.

Walter was born in Poland and was very proud of his Polish heritage. As a survivor of WWII, Walter served in the Polish Army, cadets training program in Egypt in 1944.  In 1947, Walter transferred to England to start another adventure and eventually met his future wife, Stephanie (Kraska).  He and Stephanie subsequently moved to Canada in 1953 where they established roots in Calgary, Alberta to begin a new life and raise their family. Walter and Stephanie proudly built their home and resided there for over 50 years.

As Walter would always say “there is no place like Canada”.

Walter was always known as a kind-hearted man, caring, and a giving person to all those that crossed his path.  He was a devoted husband and a wonderful and giving father and grandfather.  His generosity knew no boundaries.  The world is an emptier place without him, but heaven gained a hero!

Walter is survived by his two living children, Roman ( Michelle), Danusia (Donna) (Mark); five grandchildren Chad (Sara) , Andrea, Tina, Michael (Shannon) ,Jacquelyn and Tina and great-grandson Brodie.  They will all miss his presence in their lives.

Walter was predeceased by his spouse Stephanie and his daughter Kristine.