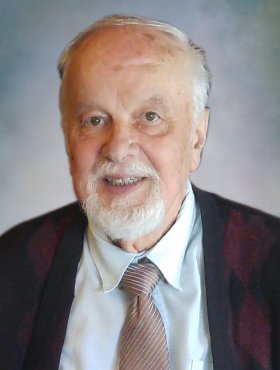 Franjo graduated from the University of Sarajevo with a degree in Electrical Engineering, he then went on to becoming a Professor at Technical Schools in Sarajevo, Bosnia and at SAIT in Calgary Alberta. He was a well-respected professor who helped shape multiple generations of electrical engineering students. His students remember him as someone filled with joy of teaching and helping them succeed.

Franjo was an avid reader, researcher and writer. He loved music and singing and was a skillful Chess opponent.

Franjo accomplished much through his life but was particularly proud of being a loving husband and father. He was also a Published Author of multiple books on Electrical Engineering and on Bible-believing scientists.

Franjo is also survived by Kata and Ivo Komljenovic and their family in Croatia, Pavic families in Croatia and Bosnia, Radisic family in Serbia, Gajic family in Bosnia, Ratimir Jarc and Vlatko Jarc as well as many friends from former Yugoslavia, First Baptist Church and Bethany Chapel of Calgary, he will also be missed by his beloved rotties Sasha and Maya.

The family would like to thank all the friends for their kind words and support during this difficult time.