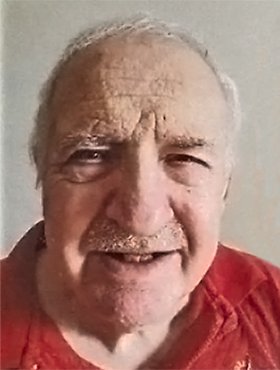 Robert grew up on various air force bases throughout his youth, and settled in Calgary where he graduated from St. Mary's High School in the early 60's.

As a former Cadet, he then chose to serve a turn in the Canadian Army in the Signal Corps (7th Independent Signal Unit) Communications and Electronics Branch in Wainwright, AB. He went on to study pre-med at the University of Calgary, and eventually decided to pursue his first love playing music as a professional bass player and vocalist full time.

Robert played music with various multiple groups, trios and duos performing all across Canada for the rest of his life until retirement. His favorite possession was always his current guitar.

Robert enjoyed playing pickup hockey at the community in his youth, and excelled at tinkering with anything electronic.

He and a mate once built a robot, and Robert built and gifted dozens of complicated and precise small scale replica models of World War II airplanes over the years.

He enjoyed his friends, extended family dinners, dogs, electronic Battleship, reading anything science and tech related, and attending any musical performances besides his own.

He switched to playing drums with a performing drumming group in his care home in his last years and he loved it.

Robert often expressed to his family his gratitude for the staff at his care home. Robert also acknowledged his Peer and special friend Isabel at the care home for her fine companionship and for helping make his last year lovely.

He is survived by and forever remembered by his sisters Margaret (Don) Barry of Evansburg, AB., Mary (Bob) Culham of Calgary, and his sister-in-law Irene Walls of Abbotsford, B.C., as well as five nieces and ten great-nieces and great-nephews.

Robert was pre-deceased by his mother Rita (MacDonald) Walls and his father Wilson Walls (R.C.A.F.), and his brother Dr. John (Jack) Walls of Abbotsford.