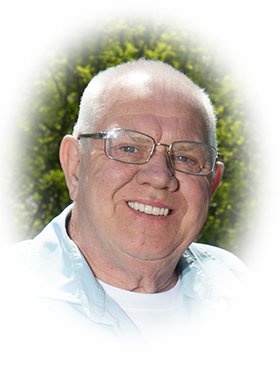 With profound sadness we announce the passing on June 19, 2020 of David Albert Lancaster of Calgary, Alberta at the age of 74 years young. David found peace after a prolonged and debilitating battle with diabetes. True to form, David fought heroically against the illness, defying medical predictions and gifting his family with unexpected years of cherished moments.

David was defined by courage, temerity and a code of conduct which never escaped him. An exceptionally hard-working man, David dedicated his life to home and family. Born in Oxford, England in 1946; it was there where he met the love of his life, Astrid (nee Nash) at the age of 18. Together they embarked on a 56-year adventure filled with love and laughter. He was the proud and loving father to Rob, Mark (Lorrie), Lee, Allison, and Scarlett (Cody) and doting grandfather to Josh, Taylor, Christien, Cara, Eva, Caidyn, Kolby and Nash. His devotion to his family and friends assured that his home and heart were always open to those seeking comfort from him.

Dedication to his fledgling family and the promise of new frontiers led David away from his native England looking West for opportunities; and in 1974 David, Astrid and their (then) two young boys emigrated to Calgary, Canada. David proudly waved the flag as a full-fledged Canadian citizen four years later, and it was under that flag that the rest of his children and grandchildren would be born. David employed his characteristic can-do attitude and legendary work ethic to build an enviable life in his newly adopted land, touching many through his work as an electrician, realtor, and retiring after many years as a Master Electrician and highly regarded inspector for the Canadian Standards Association (CSA).

David possessed a rare and infectious wit, blinding intelligence, and an immutable curiosity which assured that his world was full of wonders. He was an ‘experimental genius’ who tirelessly demanded better of himself and ceaselessly enhanced his world through life-long learning. As a result, David was always occupied with building a ‘better mouse-trap’ and exploring fresh hobbies with interesting problems to solve.

David found immense satisfaction in finding new toys with which to tinker in his beloved workroom. Whether coding his computer, ‘improving’ a remote-control item, (re)renovating his home, ‘mastering’ photography or creating beautiful wood crafts, David’s mind and hands were always busy. David knew of no obstacle that could not be beaten; no question without an answer and no problem that could not be solved; and he delighted in any opportunity to share his knowledge with like-minded souls.

David was a true gentleman who will be remembered for his contagious laugh, his thoughtful nature, his capacity to love, his systemic resourcefulness, his unrelenting inquisitiveness, his unwavering loyalty, and his humble honour. We are thankful that David’s body has found comfort among the angels, and while our world has dimmed, his spirit shines brightly and his insatiable curiosity will find answers in the beyond.

He will forever fondly (and often hilariously) be remembered by his family for a lifetime of shared journeys and madcap adventures which have left an indelible imprint on our hearts and minds - he will be dearly missed by all who knew him.

A celebration of life will be held in the near future when family and friends are safe to gather and reminisce. Details will be listed on this site when they become available.

If friends so desire, memorial tributes may be made directly to the Canadian Diabetes Association (www.diabetes.ca) or Canadian Liver Foundation (www.liver.ca).

To plant a tree in memory of David Lancaster, please visit Tribute Store